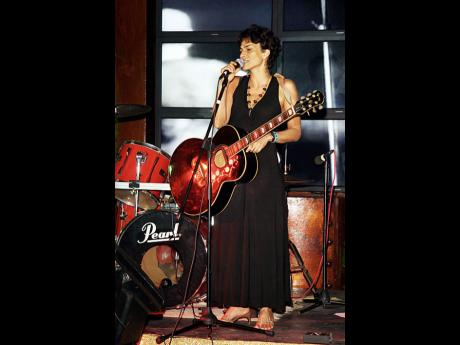 The National Gallery of Jamaica has announced the Marcia Biggs: Impressions of Life exhibition, which will open at National Gallery West at the Montego Bay Cultural Centre on Sam Sharpe Square on Sunday, starting at 4 p.m.

The exhibition explores the work of popular Montego Bay-based artist Marcia Biggs through examples borrowed mainly from private and corporate collections in western Jamaica. The artist's sister, Dr Grace-Ann Biggs-Allen, will be the guest speaker at the opening

function, and there will be a musical performance by singer-songwriter Della Manley.

Marcia Biggs was born in 1960 in Montego Bay, where she was based for most of her life. She was trained at the Mico Teachers' College and tutored by Cecil Cooper, also serving as an apprentice with Barrington Watson.

She taught art at the Herbert Morrison High School from 1983 to 1987, after which she became a full-time artist.

She participated in several of the National Gallery of Jamaica's Annual National exhibitions and had noted solo exhibitions at the Bay Gallery in Montego Bay and the Bolivar Gallery in Kingston. Marcia Biggs was also a long-standing member of the Western Jamaica Society of Fine Arts.

Marcia Biggs - or simply Biggs, as she was affectionately known - died unexpectedly at age 38 in 1998, but left behind a significant and diverse body of realist oil paintings, watercolours and drawings.

Most of her subjects were fairly conventional and included garden scenes and flowers, architectural details, landscapes, still lifes and portraits, many of them inspired by the Montego Bay environment.

She also produced more daring male and female nudes and erotica. While she was a technically proficient oil painter and watercolourist, Biggs' drawing skills were truly exceptional, especially when applied to the human form.

Singer-songwriter Della Manley moved from Montego Bay to Canada when she was 15 years old and attended York University.

She lived in Cuba for four years with her husband, Joseph Manley, and studied at the University of Havana. She returned to Jamaica in 1983 and served a long apprenticeship, performing low-key sets in front of small audiences in Kingston. In 1997 she completed her debut album, the critically acclaimed Ashes on the Window Sill. Della Manley's musical influences, some of them obvious and others harder to detect, include Bob Marley, Peter Tosh, Joan Armatrading, Carly Simon, Cat Stevens, Joni Mitchell and Janis Ian.