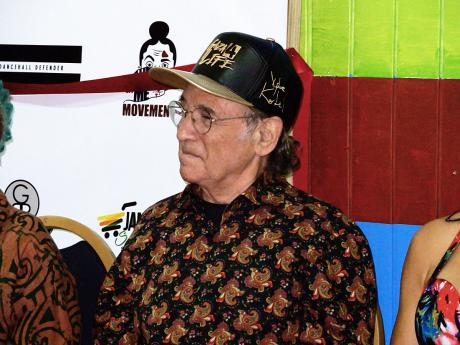 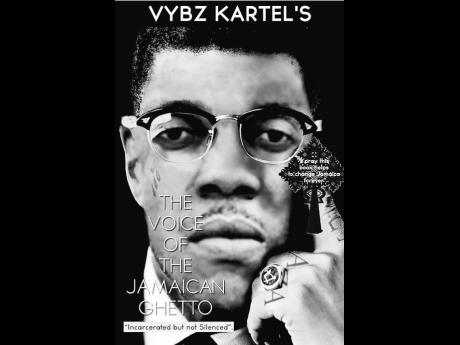 Contributed
The cover of The Voice of the Jamaican Ghetto. 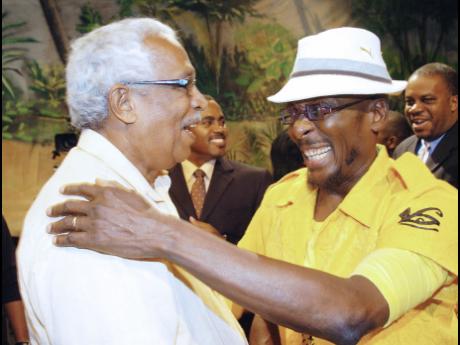 File
Dr Jimmy Cliff (right) greets Franklyn 'Chappy' St Juste with whom he worked on 'The Harder They Come' at Breakfast with the Stars at the Wycliffe Bennett Studio at CPTC in 2009.
1
2
3

Speaking at the panel discussion 'Filming: Kingston As A City', held at the National Gallery, Kingston, last November, film professional Franklyn 'Chappy' St Juste said: "The business of subtitling might be less of a problem for us in our own audience participation." St Juste expressed concern with Jamaican productions, fearing that Patois scripts would not be as easily digestible as standard English ones.

Last week, Hollywood director Joel Zwick (My Big Fat Greek Wedding), during a visit to Jamaica, made a similar observation, saying that Jamaican film and theatre production suffers on an international scale because of Patois.

"There is an enormous audience that would like to find out about Jamaican stories, Jamaican culture, but they're not gonna do it as a foreign film, reading subtitles. That won't happen," he told The Gleaner.

Dawson, writer of the play Tek Yuh Han' Affa Mi and producer of the Jamaican run of Debra Ehrhardt's one-woman show Cock Tales: Shame On Me!, concurred. "I agree with Mr Zwick that if we are going to get more global, more international acceptance of our theatre, we have to reduce our limits with Patois," Dawson told The Gleaner.

Though the presentation is in Patois, Dawson has moved to approach the current work with a more international eye. "When we tour in St Maarten, Costa Rica or the Virgin Islands, we try to do more standard English," he said. Patois is used at opportune times.

Dawson co-authored with Adidjah 'Vybz Kartel' Palmer The Voice of the Jamaican Ghetto and noted that though it serves a work steeped in Jamaican cultural identity, it is 98 per cent standard English.

Dawson said that he has already begun work to create a US mainstream version of Tek Yuh Han' Affa Mi (which translates to Take Your Hands Off Me), as well as versions in Spanish and Haitian Creole.