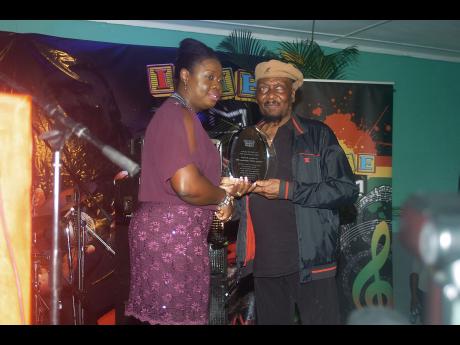 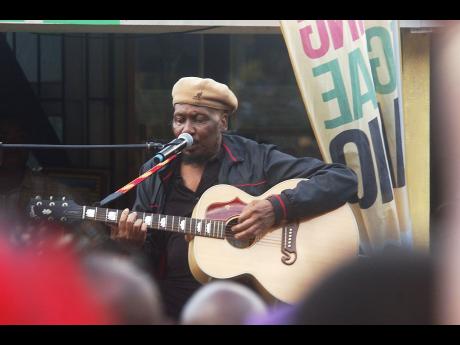 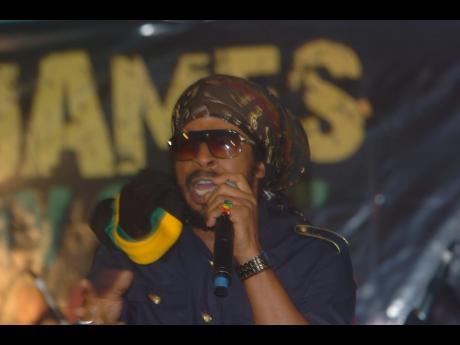 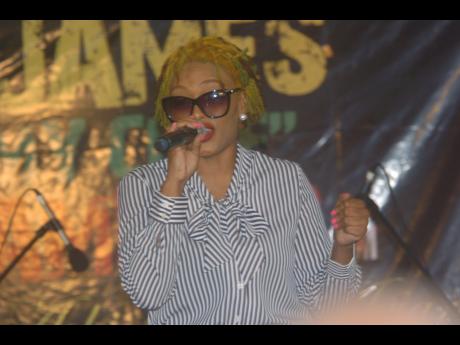 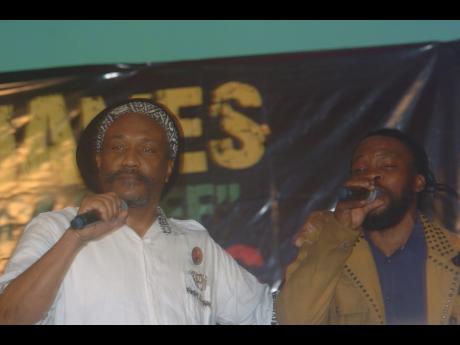 Reggae legend Dr James 'Jimmy Cliff' Chambers created history on Sunday when he became the first recipient of the Irie FM Lifetime Achievement Award, which was given to him for his iconic contribution as an internationally acclaimed singer, songwriter, actor and social activist.

In the colourful ceremony, which took place at the Somerton All-Age and Basic School in St James, where Cliff had his early education, the Grammy winner and Rock and Roll Hall of Fame inductee was hailed by former Jamaican Prime Minister P.J. Patterson as "Somerton's greatest son".

"I am proud of Jimmy for what he represents to the world in the area of culture," said Patterson, who also grew up in Somerton. "Today, I can proudly say that Jimmy Cliff is Somerton's greatest son."

In his moving tribute, Beenie Man recalled being inspired by the famed singer/actor, who frequently visited his home when he was a child, as his uncle, who was a noted percussionist at the time, was a member of Jimmy Cliff's band.

"Meeting this great man and observing his professional approach to music was what inspired me to look to music as a five-year-old at the time," said Beenie Man. "This man inspired me."

Bongo Herman waxed sweet vocally and instrumentally in delivering Bongo Man A Come; Yasus Afari and Bushman were awesome on I Can See Clearly Now; Lymie Murray was absolutely fantastic in masterfully delivering Wonderful World, Beautiful People; Shuga was most compelling on Treat The Youths Right; Queen Ifrika was spot on with The Harder They Come; while Dwight Richards and Tammi Tee, who got the honouree to sing along with them, were blazing in a medley, which included, Sitting In Limbo.

Another performance of note was from the L'Acadco Dancers, who used songs from Jimmy Cliff's catalogue to bring waves of broad smiles across his face, as they danced up a storm in what was a fabulous display of colour and movements.

Jimmy Cliff's role as a social activist was highlighted by Dr Sonjah Stanley Niaah and Professor Carolyn Cooper of the University of the West Indies, who spoke glowingly of how he impacted the world as a champion for human rights, justice and dignity; while Justine Henzell (whose father, the late Perry Henzell, made the gifted actor a star of the silver screen in the epic movie The Harder They Come) spoke of his global reach as an actor.

After receiving his Lifetime Award from IRIE FM Mmanaging Director Debbie-Ann Dewar and director of programmes, Ka'Bu Ma'at Kheru, a gracious Jimmy Cliff took reflected on his childhood in Somerton, where he learnt most of his values before heading off to Kingston as a13 year old in search of fame and fortune.

The Jimmy Cliff performance, which was dubbed 'The Man and His Guitar', was belatedly switched from inside the school's auditorium to the much bigger schoolyard to accommodate the thousands of fans who had travelled from all across Jamaica for the event. It was an awesome experience.

Looking relaxed and very much at home, Jimmy Cliff was a picture of elegance, class and composure as he delighted in acoustic style, with songs like Try, Rebel In Me, Welcome Home (new song), The Harder They Come, My Miss Jamaica, Lion Say, and just about every other request that came from the adoring fans.