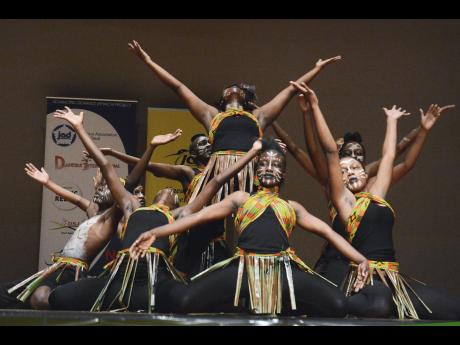 Contributed
Students from the Caribbean Christian School for the Deaf perform a dance routine. 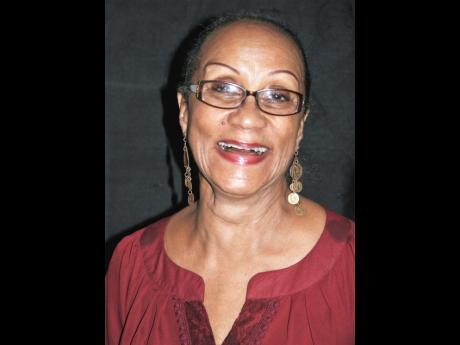 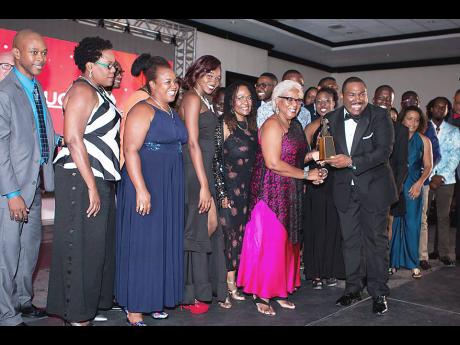 Contributed
The presentation for Best Production at the 2016 Actor Boy Awards. 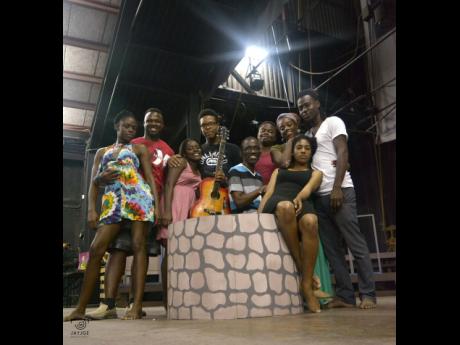 Contributed
The cast of 'Moon on a Raindow Shawl', being directed by Eugene Wiliams. 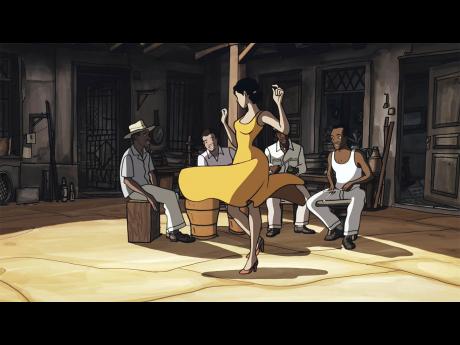 Contributed
A scene from 'Chico & Rita'. 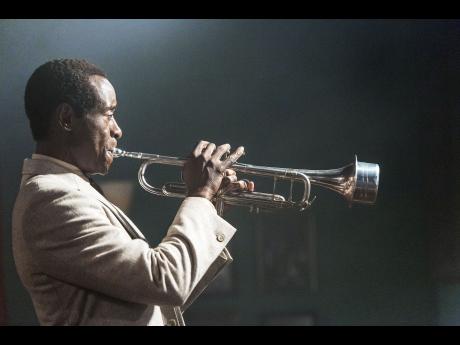 Contributed
Don Cheadle plays Miles Davis in 'Miles Ahead', one of the films which will be shown at the inaugural Tobago Jazz Film Frestival. 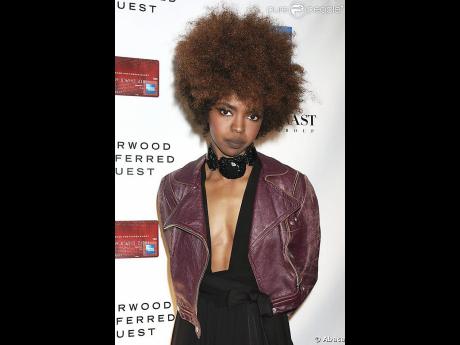 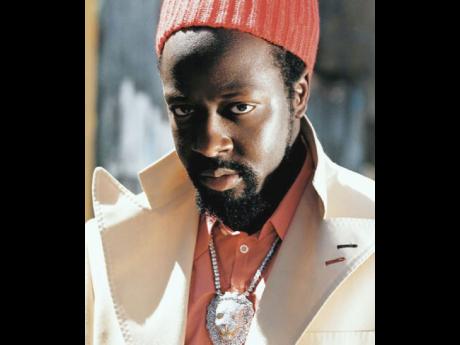 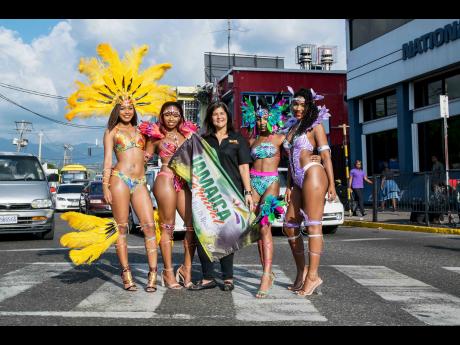 The national finals of the National Festival of the Performing Arts opens at the Little Theatre, Tom Redcam Avenue, on Thursday, March 30, with the Deaf Dance Festival. Organised by the Jamaica Cultural Development Commission (JCDC), an agency of the Ministry of Culture, Gender, Entertainment and Sports, and the Jamaica Association for the Deaf, Deaf Dance showcases dance pieces from the deaf community, as performers compete to take home a national title.

The 2017 Deaf Dance Festival is being held under the theme 'Empower to Elevate: Happy Children, Brighter Future'. It begins at 4 p.m. and tickets will be available at the gate at a cost of $400 for adult and $200 for children, with a special group rate being made available.

Performers have the chance to win attractive prizes, including cash incentives, trophies and gift packages courtesy of the CHASE Fund, in addition to the opportunity to perform at national and celebratory events and private functions.

The eastern region is on show today with the Jamaica Children's Gospel Song Competition eliminations at the Eastwood Park New Testament Church of God, St Andrew. Entrants from Kingston and St. Andrew, St Thomas and St Catherine will vie for a place in the semi-finals.

The Jamaica Children's Gospel Song Competition allows children between six and 15 years old to express themselves utilising any genre of music to spread the gospel, whether it is a cover version or original song. Performances will be in the categories of solo, ensemble and choir.

The 27th annual staging of the Actor Boy Awards takes place at the Phoenix Theatre, New Kingston, on World Theatre Day, Monday, March 27, starting at 8 p.m. The show will be hosted by outstanding poet, actress and musician Dr Lilieth Nelson.

With 24 productions qualifying for nomination, they span a range of genres and categories, including children's theatre, musical, drama and comedy.

Among the most recent productions involving Eugene Williams, drama teacher and director, are Woman Tongue by Tanya Batson-Savage, Ruined by Lynn Nottage, and An Echo in the Bone by Dennis Scott.

He is now directing Moon on a Rainbow Shawl, Errol John's classic, award winning Caribbean play, currently in production at the School of Drama, Edna Manley College of the Visual and Performing Arts. It opens at the college's Dennis Scott Studio Theatre on Friday, March 31 and will run for six performances.

"Errol John's script, set in Port-of-Spain, Trinidad and Tobago, takes us back to the post-World War Two colonial era in which many Caribbean people, similar to one of John's protagonists, Ephraim, saw hope for a better life in the in the United Kingdom," Williams points out.

"And, interestingly, the plight of the Trinidadians in Old Mac's Yard, echoed in other colonial states in the Caribbean, including Jamaica, hence the surge in migration during the 1950s," he stated.

Williams is carrying out research about a Caribbean performance technique. He also plans to contribute to the development of new plays, working with young playwrights.

The first Tobago Jazz Film Festival - a celebration of music and Tobago through film - will be launched on April 21, as part of the Tobago Jazz Experience.

An initiative of the Trinidad & Tobago Film Festival and corporate sponsor FLOW, the Tobago Jazz Film Festival will screen in the open air, with films by Tobagonian filmmakers, as well as international films with a focus on music. There will also be an industry workshop for Tobago-based film-makers.

According to Cindy-Ann Gatt, director of Marketing at FLOW, "We remain committed to supporting the development of content in Trinidad and Tobago and throughout the Caribbean. We are also happy to contribute to the development of entertainment tourism in Tobago, as exemplified by our platinum sponsorship of the Tobago Jazz Experience. Tobago is a wonderful island and its history lends itself to great storytelling."

Dr Bruce Paddington, founder and director of the Trinidad & Tobago Film Festival, added, "We are thrilled to be highlighting the talent of Tobago's young film-makers, alongside internationally acclaimed films centred in music."

The Trinidad & Tobago Film Festival (TTFF) celebrates films from and about the Caribbean and its diaspora, as well as from world cinema, through an annual festival and year-round screenings. In addition, the TTFF seeks to facilitate the growth of Caribbean cinema by offering a wide-ranging industry programme and networking opportunities. The TTFF is presented by FLOW, given leading sponsorship by bpTT, and contributing sponsorship by RBC Royal Bank.

Ms Lauryn Hill is now part of the line-up for the first Kaya Fest. She will be making a special guest appearance at the event, scheduled for Saturday, April 2, at Bayfront Park Amphitheatre, 301 Biscayne Blvd, downtown Miami. Also added on the bill is a performance by Wyclef Jean.

Performing for the first time together in Miami for more than 20 years will be the Marley Brothers, with special features by Ziggy, Stephen, Damian, Ky-Mani, and more. Also performing will be Sean Paul and Inner Circle, with more names to be added.

The purpose of Kaya Fest is to educate people to the many uses of the cannabis plant as well as inspire and encourage positive public awareness, especially since more and more states are approving the use of medical marijuana. That includes Florida, where it became legal last year.

The overall message of the festival is 'Education Before Recreation'.

The Wray & Nephew Jamaica Carnival team is heading to Montego Bay, St James, for a blow out fÍte at Pier 1 tomorrow.

Dubbed 'Carnival the Jamaican Way', the fÍte kicks off at 10 p.m. and goes up to 4 a.m. Supa Hype & Friends and DJ Spice from Team Soca NY, will be at the turntables deliveringand there will be a special performance by Iwer George.

"I am happy to be a part of the return of the real Jamaica Carnival, since I was a part of the beginning with the great Bryon Lee and the Dragonaires, together with Crazy Super Blue Admiral Bailey, Tiger, Colin Lucas, and many others. I'll be performing all my favourite songs, like Nah do That, Do the Iwer, Water, Carnival Come Back Again, Up to Take Ah Bathe, plus more," George said.

Julianne Lee, director at Jamaica Carnival, said, "We're halfway through the carnival Season, adrenaline is pumping and we're putting our best foot forward as we go along."

Iwer George has not performed in Jamaica for a number of years.