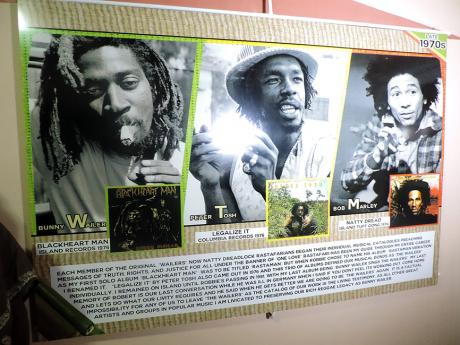 File
Images of Bunny Wailer (left), Peter Tosh (centre) and Bob Marley in the narrative about their solo albums of 1976. 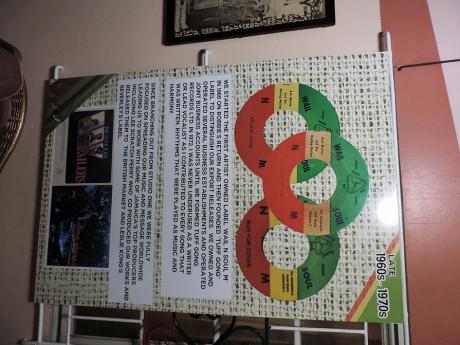 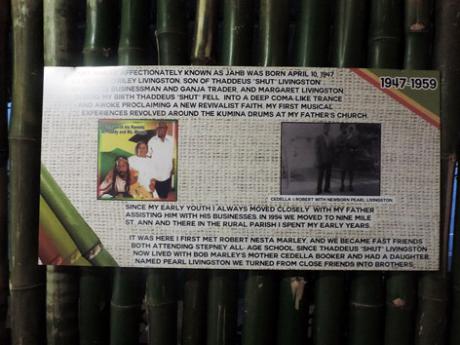 Speaking on Sunday at his father Bunny Wailer's 70th birthday celebration, Asadenaki gave a preview of the text inside the Wailer's Museum at 10 Darley Crescent, St Andrew.

He said that it had words like we, my, our, and I, not he, she, they. This emphasises the personal nature of the museum.

A quick tour - facilitated by a guide - of part of the house in which the items are set up, showed that the narrative was as stated, done mostly in the first person. It is done in time periods roughly corresponding to decades, the first being 1947 - 1959 then the early 1960s. The latter covers the group's Studio One involvement.

The mid-1960s and early 1970s - a time when the breakthrough Catch a Fire album with Island Records was released - precedes the individual albums of 1976, namely Blackheart Man (Bunny Wailer), Rastaman Vibration (Bob Marley and the Wailers), and Legalise It (Peter Tosh).

There are several images of Peter, Bunny, and Bob together, the guide pointing out the progression of their hair from low cuts through to beards and locks. The last entry on the group as a unit of friends states that based on his "faith in Rastafari, its culture, and principles", Bunny Wailer could not agree with some of Chris Blackwell's tour suggestions, "so I stepped aside to begin my own musical and spiritual journey".

One room contains a representation of Bunny Wailer's numerous awards, while another has numerous pictures of him performing, along with a display of his stage attire, done by Jean Watt. Quotes from Bunny Wailer's songs are inscribed in large type on a wall to one side of the house.