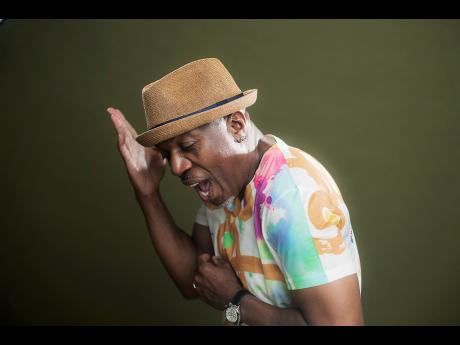 After not being on home soil for 34 years, Tom Laing returned to Jamaica, jubilant. The main purpose of the visit was to launch his seven-track EP, Love is OK, as well as to let people know the face of the person whose voice has been heard on the airwaves.

Laing grew up in Trench Town and began his singing career in 2006.

"Lyrically, Bob Marley is a big influence on me. I come from First Street in Trench Town. Bob lives down the street. I see Bob every day, Peter and Bunny, too. Blakka was my neighbour. So Blakka, Delroy Wilson, Alton Ellis, and Joe Higgs have a big influence on me. But Bob was the biggest because his songs were like, out of this world. What Bob sings was what you were living in Trench Town. It was about everyday life, and I was always captured by that. And he has one of the greatest sounds to me in reggae," Laing told The Gleaner.

"So when you hear me, is really me giving you a part of Bob Marley. Mi nuh try to be Bob Marley."

Laing's publicist, Ralston Barrett, said that performers River Man and Furrious were chosen for the programme "because their message is in keeping with what Tom Laing represents." Laing brought the curtains down with four selections, including the EP's title track. "Love is OK is a very wide metaphor. It says what love really means." he explained.

However, he said: "My favourite song is The Prayer because it is really giving praises to God, and without God, nothing is possible. And you can't forget that. You have to always observe and acknowledge God and know that His presence in your life is necessary."

He acknowledged that without God, his return to Jamaica would not have been possible, "so prayer ah mi favourite."

"I have to show Jamaica that Tom Laing is not a studio sound. This is the real sound," he said.