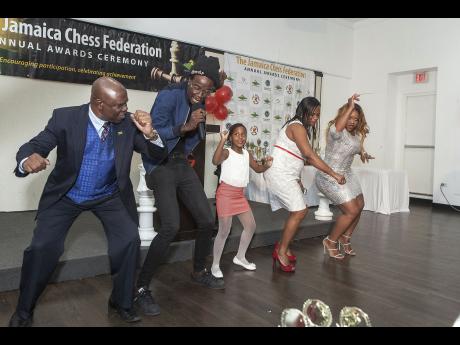 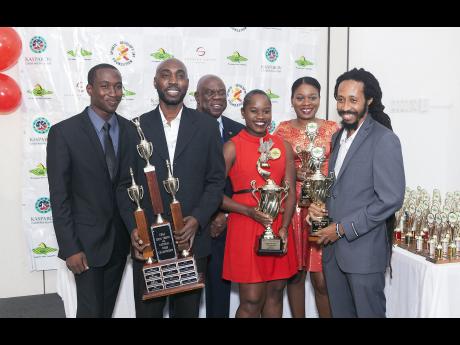 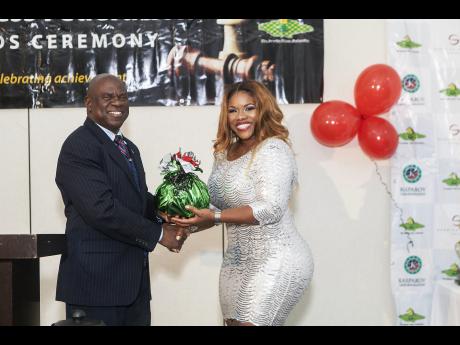 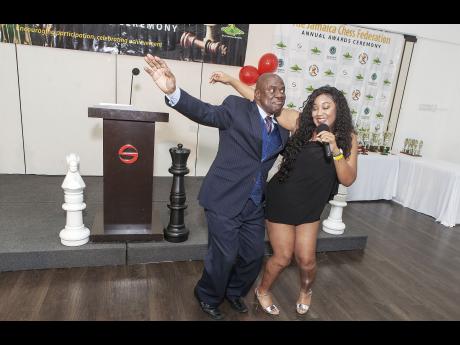 Last weekend saw the unfolding of the 2017 instalment of the annual Jamaica Chess Federation (JCF) Awards Ceremony at the Spanish Court Hotel in New Kingston. The event was hosted by broadcaster and media personality Miss Kitty.

Geared towards recognising the performance and achievements of the federation's members throughout the previous year (2016), close to 100 awards were presented in various categories, with top honours going to Female and Absolute (Male) Players of the year, Woman International Master Deborah Richards-Porter and FIDE Master Ras Malaku Lorne, respectively. JCF President Ian G. Wilkinson, QC, also introduced the President's Award for three persons the female and male players with the greatest impact during the year and the chess administrator who made a significant contribution. Richards-Porter and Malaku Lorne were selected as the players and National Master Peter Myers, JCF vice-president, was selected as the administrator.

The introduction of acts such as gospel artiste Rondell Positive and dancehall stars Chi Ching Ching and Tifa, injected additional energy to the event, as they unravelled their plethora of hits to the approval of the diverse audience.

Speaking with members of the media fraternity, Miss Kitty intimated, "The awards were wonderful and it was a great experience. Of course Tifa, Chi Ching Ching and Rondell Positive helped to add their unique touch. It was nice to see that chess can be exciting and is not for just the 'elite', but is for everybody to come and enjoy. It was wonderful, and I sincerely thanked them for inviting me as host and to expand my own brand into every sphere."

For Wilkinson, "It was a magnificent event. In fact, the consensus is that it was the best in our history. I congratulate all nominees and awardees. Our emcee the 'Fluffy Diva' - Miss Kitty, was superb, enriching the event with class and humour. The entertainers Rondell Positive, Tifa and Chi Ching Ching were fantastic and the performances left indelible memories. The chess fraternity is grateful to everyone, including our sponsors, for the tremendous support that made the event a resounding success and truly unforgettable."