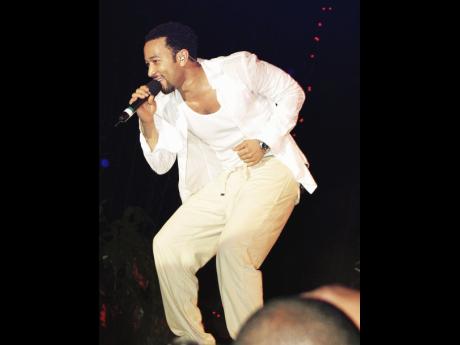 John Legend is set to star in a virtual reality series based around Native American folklore.

The 38-year-old singer has been cast to play the title role in, Rainbow Crow, an episodic series produced by Baobab Studios with Eric Darnell - who directed Antz and the Madagascar movies - set to direct.

Speaking about the series - which he is also set to executive produce - the All of Me singer said: "The story is really about community. It's about love, it's about inclusion, it's about sacrifice and doing something for the greater good."

The first chapter of the series will be unveiled at the Tribeca Film Festival later this month and is inspired by a Lenape myth about the origin of fire.

Legend's character is a plumed bird who is nominated by the other animals to bring warmth back to the world during darkness and cold.

He said: "This story is one rooted in the past, one rooted in ancient Native American mythology that is told in a very modern way. I think most great art figures out a way to blend the past and the now, and hopefully we'll continue to do projects that do that."

Legend, who previously starred in the Oscar-winning film La La Land, said the themes of Rainbow Crow are inherent in some of his songs.

He told Entertainment Weekly magazine: "I've always thought of art as a powerful way of speaking to the idea of love and human connection and seeing each other's humanity.