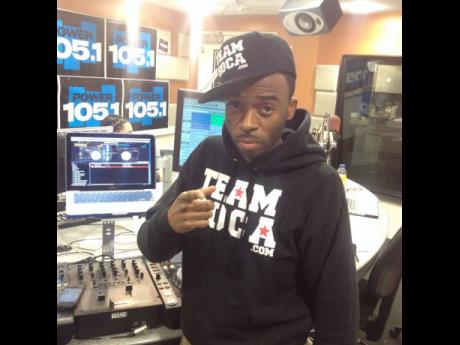 Jamaica Carnival has received a major endorsement from the number-one soca station in the world, Team Soca.

"TeamSoca.com, an online station that features the 15 best soca deejays in the world, was created by Trinidadian DJ Spice to help educate and entertain the world about soca music.

After performing many years in Trinidad for carnival and dealing with the cycle of only hearing soca music from Christmas to Ash Wednesday in parties and radio there, DJ Spice, who is now based in New York, said he got fed up and wanted to create something for soca lovers worldwide, as well as people who did not know what soca/calypso music is.

He sees Jamaica Carnival as one of the best in the world and said he was inspired by its creator, the late Byron Lee.

"I played with Byron Lee for many years, and now I have joined with his daughter to bring back the real Jamaica Carnival," he said. "We came back on the road last year, and for me to be able to drive around Jamaica was very inspiring. It inspired me to want to do it more."

DJ Spice, who, along with Gary Hype, DJ Steven, Walshy Fire and others, have pushed the genre to new audiences worldwide for almost a decade now, believe that Jamaicans possibly love soca more than the people in his homeland, thanks to the legendary musician.

"People in Jamaica know the soca music. They really appreciate it even more than Trinidadians," he reasoned. "It's all because of him. He had that love for soca/calypso music. He educated Jamaican people, sang over songs, and that is why we are here today with Jamaica Carnival being so popular."

It is because of Lee's role in spreading the genre across the country and region, that he now feels obligated to help Lee's daughter, Julianne, continue to build on her father's great legacy.

"I had to make sure that anything she needs, anything that Jamaica Carnival needs, I am there to supply," he said.

For his part, DJ Spice said everywhere he goes, he takes Jamaica Carnival with him, as he envisions a bright future for the resurrected Carnival.

"I see it not only developing for Jamaica. I see it going out into different countries. There are Jamaicans everywhere,"

he said. "We are at all the

DJ Spice created Team Soca to help promote soca around the world, because it needed to be respected like all the other genres. He explained it was something he felt compelled to do, and because of the connections he had established in his quest to push soca globally, creating Team Soca didn't even feel like work.

"I do like most of the soca carnivals around the world and I know most of the soca deejays, so it was kind of easy for me to find a team for a radio station to promote soca," he said. The response has been crazy."