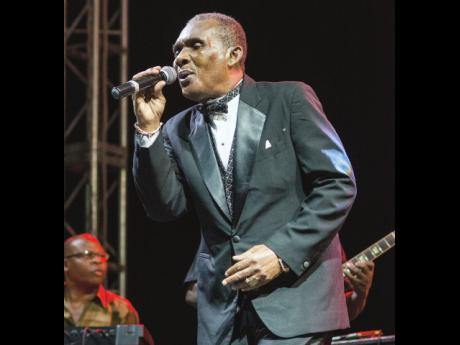 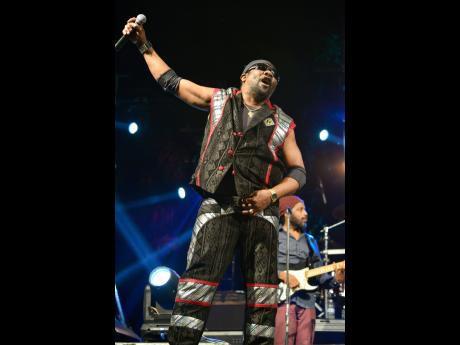 The Rocksteady beat, one of five major music genres in Jamaica's popular music history, has, over the past couple of years, been given somewhat of a renewed recognition as a major driving force in popularising the island's music. The offspring of ska and the forerunner of reggae, dub, and dancehall, the rocksteady beat has headlined a number of stage shows recently at home and abroad.

On November 26 last year, The Ranny Williams Entertainment Centre in St Andrew was set ablaze when vintage music lovers travelled from as far as Spain, New Zealand, parts of Europe, and South America to witness some of the most scintillating rocksteady performances from the likes of The Soweto Ska Band from Spain, Toots and The Maytals, Leroy Sibbles, The Gaylads, Bob Andy, U-Roy, and Lloyd Parks and We The People band in a show dubbed The First One World Ska and Rocksteady Music Festival.

The upcoming Groovin' In The Park 2017 stage show scheduled for The Roy Wilkins Park in Queens, New York, on Sunday, June 25, promises nothing less as the focus will again be on the rocksteady beat, with local rocksteady exponents - Ken Boothe, Leroy Sibbles, Freddie McGregor, and Lloyd Parks and We The People Band - leading a rocksteady charge that is sure to ignite the park.

The Beat had its embryonic stage in late 1966 and birthed fully in early 1967, with several Jamaican groups and solo acts blazing a trail that was unprecedented in Jamaica's music history.

Three-part harmony groups were the order of the day at the time, the outstanding ones in Jamaica being The Wailers, The Maytals, The Melodians, The Techniques, The Gaylads, The Jamaicans, The Heptones, and The Paragons. This feature seems to have been born out of a desire by many artistes at that time, to emphasise harmony in their recordings. The American music scene of the 1960s was a major factor, with groups like The Four Tops, The Temptations, The Impressions, and The Drifters having a profound influence on local groups.

In an interview with Melodians leader Brent Dowe, he told me: "At the time, the whole emphasis was on harmony, not on the lead singer. Harmony was the thing, and that's why I had to sing in the background many times".

Although harmony singing seemed to have been an important aspect of rocksteady, the circumstances surrounding its emergence and the myriad of stories concerning its creator are far more interesting.

Trinidad-born guitar genius Lyn Taitt, who made Jamaica his home, is widely accepted as the man most responsible for creating the beat. He also contributed to the success of dozens of hits with his guitar wizardry.

In the liner notes from Taitt's album Hold Me Tight, he described the metamorphosis from ska to rocksteady: "Hopeton Lewis came to the Federal Recording Studio with Take It Easy, and I find the ska was too fast, so I told them (the band) 'Let's do this one slow', and as the music got slower, it had spaces to do something with it. So I put in a bassline and played in unison with the bass," Taitt explained.

The liner notes continued: "But Lyn had done more than slowed the beat down. The manner in which he arranged the instruments, with the constant melodic bass line, defined the music that was to become known as 'reggae' throughout the world".

The rhythmic focus had, in fact, shifted from the guitar and horns that dominated ska to the drum and bass, and it has remained there ever since.

There are several others who claim to have started the beat, and several other songs regarded as the first in the genre, but uncertainty reigns as documented evidence were almost non-existent at a time when a number of musicians were experimenting with the ska beat.

Rocksteady was accepted by the masses as a more melodic and rhythmically pleasing style. People would come into the dance and just rock steady to the beat, thus giving the genre its name. The Paragons, led by John Holt, took rocksteady ballads to another level with a slew of rocksteady hits, one of which triggered the 'Hops' fad that fuelled the sales of the beer all over the island:

"One more box of Hops, says the man to the bartender.

One more box of hops, says the man, I won't surrender"

The Melodians hit hard with Swing and Dine, while the Techniques' Travelling Man was a favourite with most dance fans. The Gaylads had Little Nut Tree; The Maytals, 5446 Was My Number; The Wailers, Nice Time; The Jamaicans, Things You Say You Love, while the Heptones had the perennial favourite, Party Time, all of which were recorded between late 1966 and early 1968.

The success of shows like Stars R Us, Heineken Star Time, One World Ska and Rocksteady Music Festival, and the appeal of the upcoming Groovin' In The Park 2017, and other shows of like nature, owes a lot to all those we have mentioned.