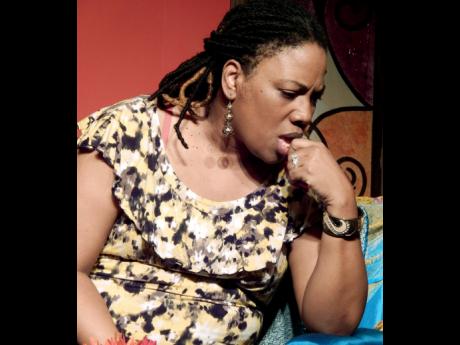 Michael Reckord
Grace (played by playwright and producer Suzanne Beadle) is worried about her husband in '70 x 7 - The Real Truth'. 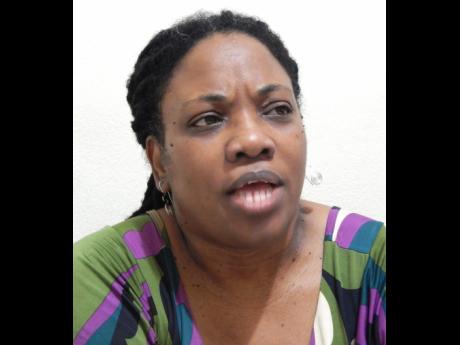 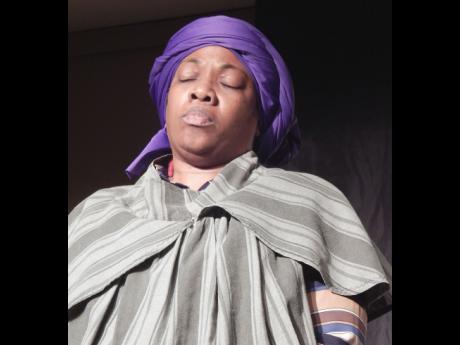 Michael Reckord
Suzanne Beadle as Paula Geohagen in 'The Trial of Governor Eyre' by Bert Samuels. 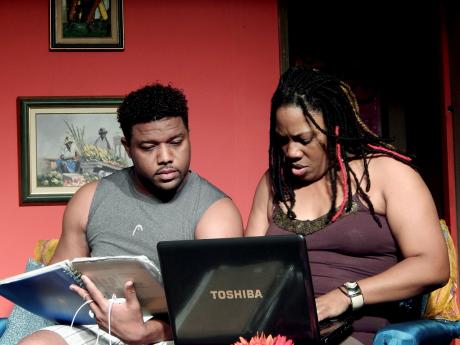 Last month Jamaica was reintroduced to Suzanne Beadle, whom I have known for 20 years as an actress-director. She is now also a playwright/producer.

Through her recently formed company, Soulart by Suzanne, Beadle has her first commercial play, 70 x 7 The Real Truth, running this weekend in The Blue Room, the smaller of two theatres making up The Phoenix Theatre complex on Haining Road.

Soulart by Suzanne is Beadle's second theatre company. The first, Tableaux, still functions, although Beadle said most of its members are trying to fulfil their passion for the performing arts elsewhere.

The company was born out of Beadle's distinguished career as a drama teacher at Ardenne High School. It began in 2001, but Beadle had grown up watching her singer/actor father, Lloyd Beadle, in many production. She appeared in Louis Marriott's 1997 play, Sojie (as the title character), and performed in two Little Theatre Movement pantomimes Anancy Come Back and Moonsplash.

While studying for an English and Cultural Studies degree at the University of the West Indies (UWI), Mona, she had had an opportunity to do some theatre studies in Sweden. Fortified with that experience, Beadle took on her first directing task, preparing some Ardenne students to enter the Secondary Schools' Drama Festival.

She had less than a month to do it.

Chuckling at the memory, Beadle said, "The kids had their script ready; I had to just jump in and direct."

"We won like 14 out of the 16 awards," Beadle said. "Since then, I have got a lot of training in directing with the JCDC (Jamaica Cultural Development Commission) but ... a lot of my training came on the job at Ardenne."

She has also been entering the school's drama group in JCDC competitions and said " ... I don't think there is any year we have not been awarded Gold medals, though maybe we have not won national awards. You see, we do both Speech and Drama/"

Some of the students in the 2001 production became original members of Tableaux, founded in 2007. "After graduation, they wanted to stay together and Tableaux was formed," Beadle explained.

Initially, the group's aim was simply to get its members on stage, but "it became a kind of 'voice of the voiceless' group and we now speak a lot for marginalised people. The material we have mostly original, coming from us will speak to victims of abuse, whether children or adults, drug users, prostitutes."

"We've done work for Jamaica AIDS Support for Life, for J-FLAG whatever speaks to us at the moment even though it's not technically an advocacy group," Beadle said.