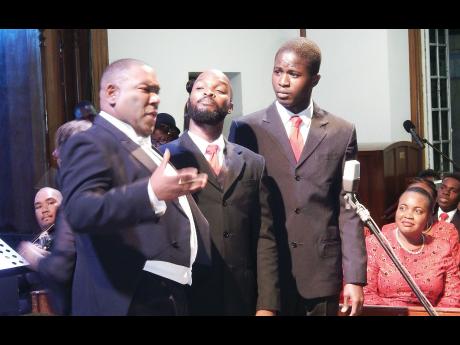 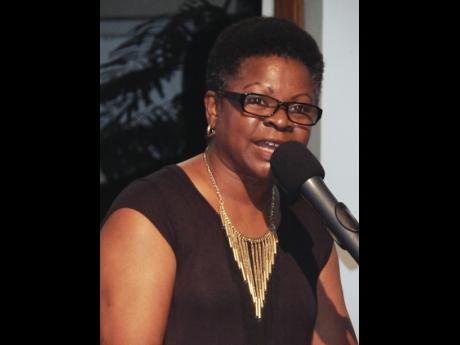 Michael Reckord
Allison Wallace was a witty and informative compere. 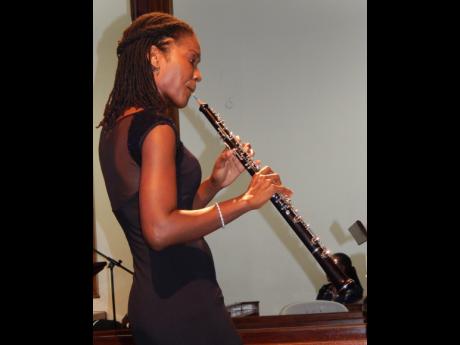 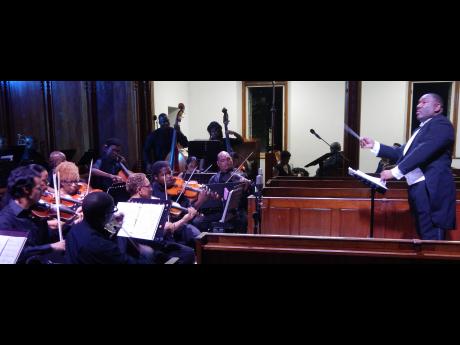 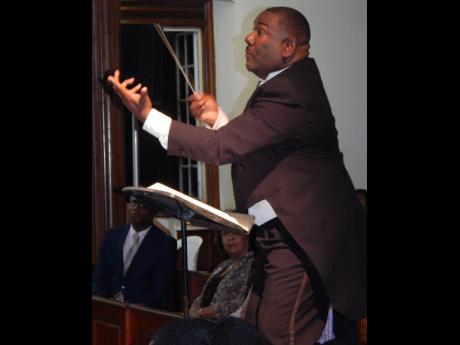 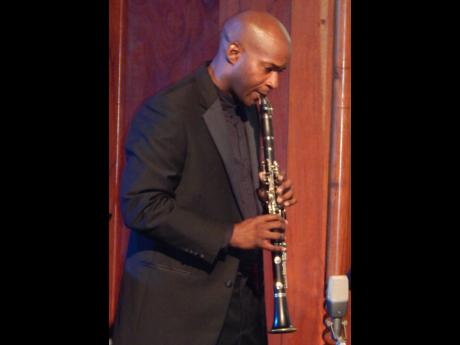 The Philharmonic Orchestra of Jamaica (POOJ) contains some of the island's best classical musicians and they were in good form for the concert they gave on the weekend at the University Chapel, Mona. So delighted was the audience at the end of the two-hour and 20-minute-long show, it gave the orchestra a standing ovation. It was well deserved. From the start of the concert (dubbed Harmonies of Spring), with Georges Bizet's lively Farandole, to the end with the power-packed, evocative Nyabinghi Symphony by Jamaican composer Andrew Marshall, not a wrong note was played or sung - at any rate, none that seemed obvious to the enraptured audience.

Practically all of the pieces were of the 'easy listening' variety and would have been well known to classical music lovers; nevertheless, any neophytes present would benefited from the information wittily given on each item by compere Allison Wallace. But her instructions were not always heeded. For example, though she said there should be no applause between the three movements of Camille Saint-Saens' Sonata in D major, the audience, either through ignorance or overenthusiasm, disobeyed. Happily, the performers, Althea Neblett (oboe) and Stephen Shaw-Naar (piano), were unfazed.

One of the great delights of the evening was the richness of the sound of the orchestra, a function of the variety of its instruments.

In addition to the two just mentioned, there were violins, violas, cellos, double basses, flutes, trumpets, trombones, drums and an oboe, a clarinet, a bassoon, a timpani and a trap drum set.

Both the POOJ and the concert's "added attraction", the internationally-acclaimed University Singers (who contributed on four occasions), were superbly conducted by Franklin Halliburton, who is, separately, the official conductor of the two groups. His intimate knowledge of the groups was evident in his excellent - and very energetic -conducting. He, however, did more than just conduct. As Wallace mentioned, Halliburton is also a composer, arranger, instrumentalist and singer, as well as an attorney-at-law, and the audience got a glimpse of his versatility when he teamed up with two other baritones, Kester Bailey and Anthony Alexander, and the University Singers to perform (in Italian) Luigi Denza's rousing Funiculi, Funicula.

While he was singing, Paulette Bellamy, abandoned her post as a violinist in the orchestra and took on the role of conductor. She showed her own versatility later when, on piano, she paired with Emily Dixon (cello) in the playing of Bellamy's own composition, Suite and Tender.

Minutes later, she and Halliburton returned to their original posts for the orchestra's rendition of another Bellamy composition, Waterfalls and Pebbles. Though comparatively short, the piece has moods varying from soft, slow and meditative to fast, loud and passionate and it evoked loud applause and cheers.

It gave the audience a chance to warm up for the final piece, the aforementioned Nyabinghi Symphony, a magnificent, three-part work based on Rastafari music which brought most members of the audience to their feet.

The second performance on the weekend brought the too-brief season to a close. It deserved a longer run, and a tour of the island, even if, considering the number of performers and instruments, a Caribbean tour might be prohibitively expensive.