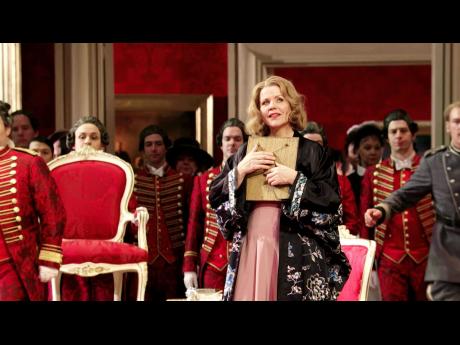 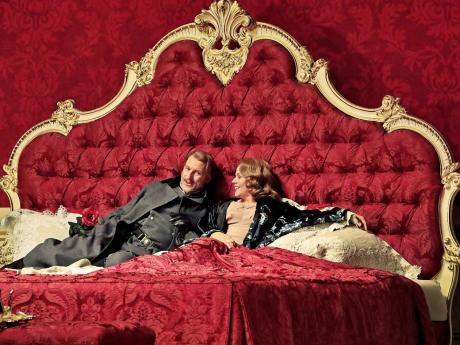 Renee Fleming will sing her final performances of one of her signature roles as the Marschallin in the Met's new production of Strauss's Der Rosenkavalier, and Robert Carsen directs the new production (the company's first new staging of the piece since 1969), with Sebastian Weigle conducting all performances. The cast includes Elina Garanea in her company role debut as the Marschallin's young lover, Octavian, opposite Erin Morley as Sophie, the innocent young woman who comes between Marschallin and Octavian. Gunther Groissbock is Baron Ochs, the Marschallin's oafish cousin; Marcus Bruck is in his Met debut as Sophie's father Faninal; and Matthew Polenzani is the Italian Singer.

The May 13 matinee performance will be transmitted worldwide as part of the Met's Live in HD series, which now reaches more than 2,000 cinemas, including the Carib 5, in 71 countries around the world.

Strauss's most popular opera was an instant success at its premiere, earning a secure spot in the repertory that has not wavered in the century since. Set in an idealised Vienna of the mid-18th century, it concerns a wise woman of the world who is involved with a much younger lover. Over the course of the opera, she is forced to confront and ultimately accept the laws of time, giving him up to a pretty young heiress. Octavian, the titular 'Knight of the Rose', is sung by a woman. This is partly as an homage to Mozart's Cherubino and partly as a nod to the power of illusion, which emerges as an important theme in the opera.

Hugo von Hofmannsthal, who would go on to work with Strauss on four more operas, created a fascinating libretto that deftly combines comedy (of both the sophisticated and the slapstick varieties), dreamy nostalgic fantasy, genuine human drama and light but striking touches of philosophy and social commentary. Strauss's magnificent score, likewise, works on several levels, combining the refinement of Mozart with the epic grandeur of Wagner. The result is a unique achievement: a grand opera that is as vast and complex as it is humane and charming.