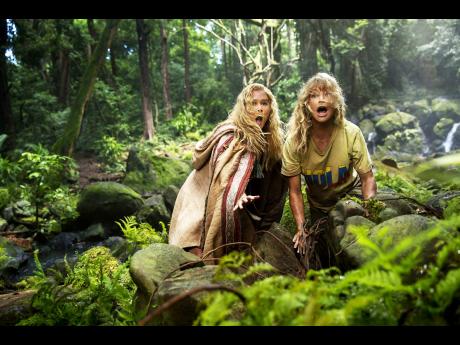 On Mothers' Day, Sunday, May 14, all mothers attending Palace Amusement Cinemas Carib 5 and Palace Cineplex in Kingston and Palace Multiplex in Montego Bay will be treated to half off on their movie tickets.

Among the films being shown is Snatched. Opening this week Snatched tells the tale of a mother and daughter on a road trip. The film stars Amy Schumer and Academy Award winner Goldie Hawn (marking her first film role since 2002's The Banger Sisters), with Academy Award nominee Joan Cusack, Christopher Meloni, Ike Barinholtz, Oscar Jaenada and Wanda Sykes. After her boyfriend dumps her on the eve of their exotic vacation, impetuous dreamer Emily Middleton persuades her ultra-cautious mother, Linda, to travel with her to paradise.

King Arthur: Legend of the Sword is perfect for romantic and adventurous Moms. It is a fantasy directed by Guy Ritchie (ex-husband of Madonna). Loosely based on Arthurian legends, it stars Charlie Hunnam as the title character, with Astrid Berges-Frisbey, Academy Award nominee Djimon Hounsou, Aidan Gillen, Academy Award nominee Jude Law and Eric Bana in supporting roles. When young Arthur's father is murdered, Vortigern, Arthur's uncle, seizes the crown. Robbed of his birthright and with no idea who he truly is. Other films playing on the movie circuit are Fast 8, Gifted, Chips, Unforgettable, How to Be a Latin Lover and Guardians of the Galaxy Vol 2.