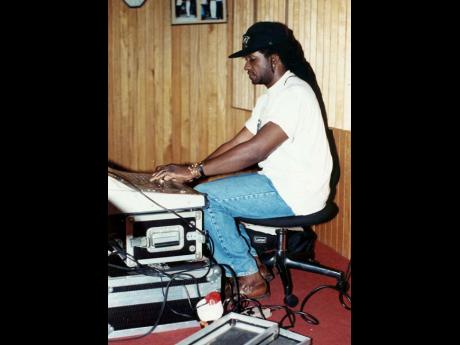 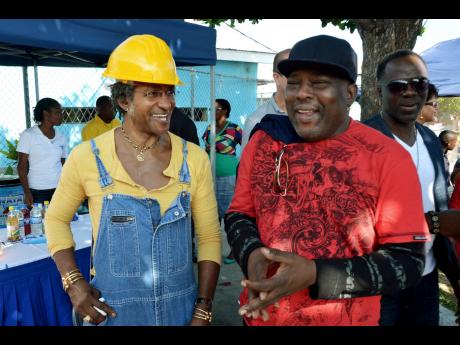 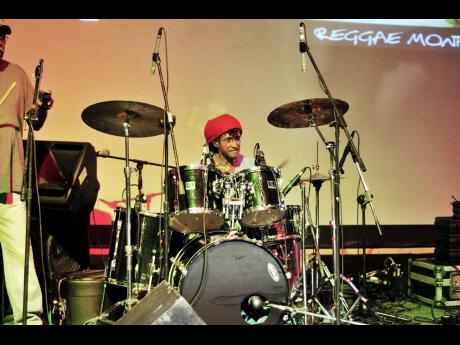 Contributed
Sly Dunbar playing the drums at a concert.
1
2
3

Drummer Lowell 'Sly' Dunbar spent Thursday, May 10, in the most satisfying of ways in a special place. One of the famed 'Riddim Twins' with bass guitarist Robbie Shakespeare, he was at the One Pop Studio, Red Hills Road, St Andrew.

Also there on Sly's birthday were singers Anthony Red Rose and Bunny Brown, producer Casper and engineer Rory Baker. "For some earlier birthdays, I used to go up and down and be all over the place. Now, you get older and you spend it with your friends in the music industry," he told The Gleaner.

Of course, being in the studio meant laying drum tracks, which he did for songs that are being handled by Casper. But a long day in the studio also means needing to feed the body, and it was done the healthy way. This was not unusual, as Dunbar said eating healthily is the order of the day, with the friends helping each other to stay on track.

So, on Thursday, instead of birthday cake, the fare was wraps heavy on the vegetables and freshly prepared juice, Mi Hungry Restaurant being a favourite food spot.

Sly and Robbie have played live and in the studio from Peter Tosh in the 1970s through to Devin di Dakta and JL on the 'Reggae For Her' project, and was nominated for a Grammy in the Reggae category which was eventually won by Ziggy Marley in February this year. Dunbar told The Gleaner that he was happy to see the younger entertainers making their mark in the music business.

Many birthdays have been spent outside Jamaica and there have been surprise gatherings on the special day, especially when the touring party is passing through a place where he has friends. However, Dunbar said that the focus is always on the music job at hand, with the next tour stop in his thinking.

While many persons think of birthdays as points of assessment and renewal, Dunbar takes a longer-term view that the span of a year. He said that since starting out very early, when he played on songs like Double Barrel as a teenager, when he turned 20 years old, he set goals in 10-year cycles. That way, the man who was born in 1952 said, said, "you can set a pace and say this is what I am going to do. You can come back and look around and go forward again."