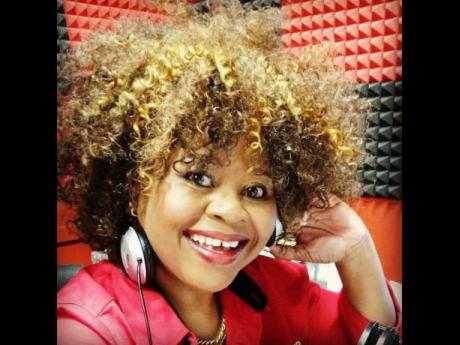 Wright, who had an active crowdfunding page at the time of her death, had been seeking assistance for "an aggressive form of malignant brain tumour known as glioblastoma multiforme," this according to the information on the platform.

The treatment called for surgery and a series of chemotherapy and radiation. The cost was not given.

Wright is known for her deep, powerful voice and her role in the BariVision film, Just Another Friday.

Writer and director of the film, Judith Falloon-Reid, described working with Wright as pure joy.

"It didn't matter how many takes we did or how delayed the day went, she was always smiling, bubbly and ready to go again. She was conscious of it being her first acting gig and she was often nervous about making it perfect," she said.

Falloon-Reid said at many of the screenings that followed, Wright was a favourite character.

"The best part was our Florida and Atlanta tour. Deneese just fit in everywhere like she had been a part of the team her whole life. She was funny and lots of fun. We took lots of pictures and she crowned around a lot. She slept a lot while we drove and we teased her a lot about that. She took it in good fun," she recalls.

The last time she spoke with the late singer was a little over a month ago, and she was really excited as the shooting for Just Another Friday 2 was coming up.

"Her death has shaken me to the core. To have such a bright, talented, positive soul taken from us is devastating, though we know she suffers no more. When I first heard that she was ill, I sent her pictures from the Atlanta and Florida tour to cheer her up. Even in her illness, she sent me smiles," she said.

Wright was a finalist in the 2008 Jamaica Cultural Development Commission's (JCDC) Gospel competition, and went on to recording songs such as I Love You, No Condemnation, I Belong To You and Di Solution.

A member of the Fellowship Tabernacle Church, pastored by the Reverend Dr Merrick Al Miller, she served in the drama and praise and worship ministries.