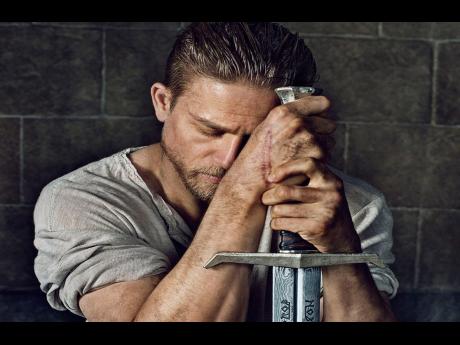 King Arthur: Legend of the Sword brings the summer movie season to a screeching halt. After the promising start of Guardians of the Galaxy Vol 2, this film serves as a harsh reminder of the worst a blockbuster can be.

Director Guy Ritchie of Lock Stock and Two Smoking Barrels fame is at the helm of this retelling of the classic story. It follows Charlie Hunnam as Arthur as he grapples with the responsibility of wielding the mighty Excalibur, the sword he pulled from stone.

On the face of it, King Arthur: Legend of the Sword should be easier to watch than it is. The film takes Guy Ritchie's frenetic style and captivating dialogue and mixes it with the stunning visuals and atmosphere of Game of Thrones or Lord of the Rings. Rather than being a match made in heaven, the film is a mess. Never before has a film felt so chaotic. The over-reliance on quick cuts and slow- motion effects make following the movie's plot a downright chore.

If you do manage to follow the film's narrative, your reward will be a horrible truth . that underneath the stylised film making and slick presentation lies a film as generic as they come. Even the strong cast can't save this film. Hunnam's Arthur is easy enough to follow, but the trouble comes with the character of Vortigern, played by Jude Law. Law plays the role with as much subtlety as a sledgehammer. Then again, with the dialogue he's given to work with, not much else could've been expected.

For a film intended to be the first in a series of six, King Arthur: Legend of the Sword is an alarmingly bad start. If this is the rock which a franchise is to be built on, it shall, indeed, crumble. At times, Ritchie shows the signs of what could have been, with a handful of scenes showcasing his abilities at their best. When a movie is this bad, it's hard to recommend it. Viewers should skip this storybook movie and read an actual book instead.