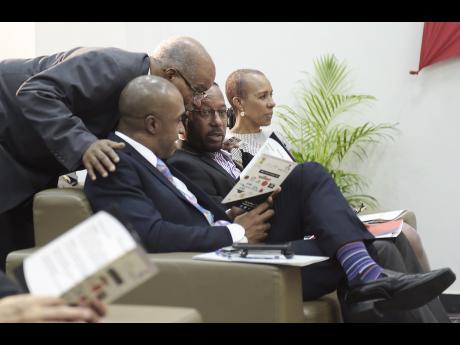 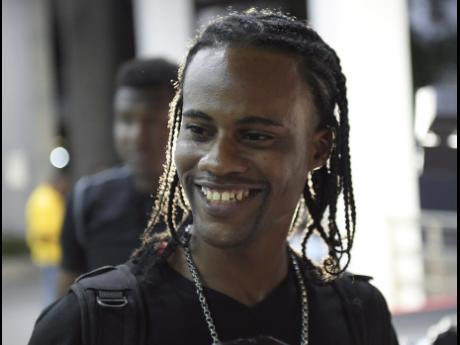 Gladstone Taylor
Del-llandri Duncan at the launch of the 2017 GATFFEST Film Festival at the University of the West Indies. 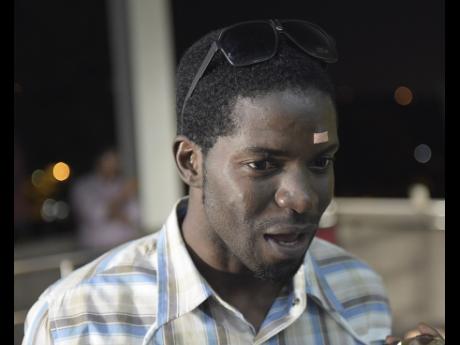 Gladstone Taylor
Safel Peterkin at the launch of the 2017 GATFFEST Film Festival at the University of the West Indies recently.
1
2
3

GATFFEST began as an initiative of the UWI Community Film Project and Centre for Tourism and Policy Research to encourage the development of what some consider an underserved skill set. It was designed to serve as a platform for local and international exposure for filmmakers but has evolved into one which Jamaican youth intend to use as a bullhorn.

One of the short films highlighted during the launch of the festival is a documentary called Children of the Incursion, produced by 22-year-old Denham Town resident Alan Powell. The film explores the psychosocial impact of the Tivoli incursion on children who lived through the ordeal. Captured seven years after the tragedy, director Eka praised the emerging documentary.

Eka said that Powell made the film journey very easy as he had the courage to cross borders and interact with members of a rival territory.

"I'm very proud of Allan as a young man from Denham Town visiting Tivoli during a war," she said.

"A couple of the times when we were in Tivoli, we were accosted by some of the young men wanting to know, 'Why yuh filming on Dudus' corner?' There was an incident where we were accosted by another man who said, 'Hey! You want to come here, you better get permission,'" she continued.

"People on a whole don't like cameras, so when a camera faces you as a resident in the ghetto, they are always scared, or something like that. They always want to know what's the purpose of the camera, or if there's any money or any fee off that. He made the journey really easy by going into the communities. They welcomed us. Then they wanted to know more about Allan and the film project. The journey was great, and it's not over because Allan has given us lots more stories from the community that we can go in and film. It's just beginning right now," Eka said.

Powell graduated from the UWI Film Project course last year. He told The Gleaner that it was at the Denham Town Community Centre that his creative talent was birthed.

"There was some art exam up by the Denham Town Centre, and that's where I did an exam and get my linkage with the UWI Film Project," Powell said.

After leaving his phone number with the art department of the centre, Powell told The Gleaner that he got a call, recruiting him to participate in the month-long intensive film-making course. Powell said that the course included classes in production, directing, make-up, and scriptwriting.

"Those classes enhanced me to be a producer right now. It was really phenomenal," the young film producer recalled. Now, the graduate's production is poised to become a docu-phenom. "My hope for Children of the Incursion is to make a change for ghetto livity," Powell told The Gleaner.

Randy Samuels, a current student of the UWI Film Project, was introduced to the programme through a politician in his community.

"I volunteered doing a promotion project for them, so they just decided, 'Well, he got the skills, let us make him capitalise on it'," he relayed. Samuels told The Gleaner, that he was granted a scholarship to take part in the course, with the help of a politician in his Montego Bay community.

Last year, course coordinators took an ambitious step, introducing scuba diving to the curriculum. As a result, two young filmmakers have utilised their new-found knowledge and have successfully assisted their teacher in the production of a short documentary film called Beneath the Surface: Uncovering the Mystery of the Reef.

"We didn't know nothing about coral reefs. It's on the journey we learnt what they were. We were just regular students going to the UWI Film Project, studying film. During that time, the coral reefs piqued our interests and pushed us to see if we could get more information on it," Peterkin told The Gleaner.

"What inspired us doing this documentary is that we realise that the reefs in Montego Bay were deteriorating and this is causing some negative impact on the country," he continued.

Peterkin is currently enrolled in the course, along with his production crewmate, Del-llandri Duncan.

"The population of the fish is going down, and the quality of the water has been affected by the deterioration of the reef. So we're on a journey to seek relevant experts to get information to really resuscitate these reefs in Montego Bay," Peterkin explained.

When The Gleaner asked Powell if he had any ideas for his next film project, he broke into a grin, simply remarking, "domestic affairs".