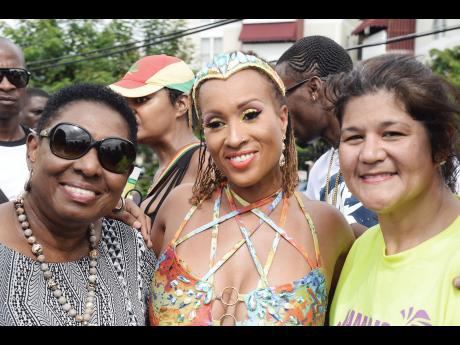 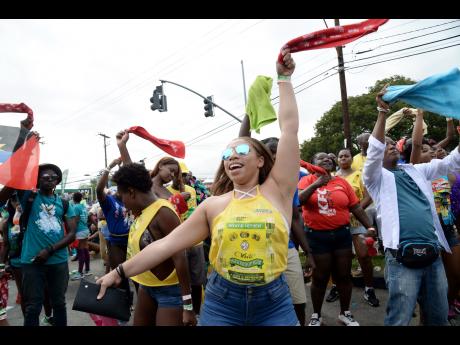 With tabanca setting in for bacchanalists and fÍterans across Jamaica, proprietors of the parade of feathers, bedazzlement, and half-nakedness have already begun laying the groundwork for 2018.

"We are making sure to keep the momentum going, through building brand awareness," Julianne Lee told The Gleaner. "The people miss us, and we will miss them," she continued, still affirming that there will be other entertainment experiences on hand for revellers to enjoy before the end of this year.

"There will be two events in October and one in November. At that time, we're gonna come back again and whet your appetites to lead up to the 2018 presentations," Lee told The Gleaner. She revealed that this was only the first execution within a development plan which stretches over a three-year period.

One of the events scheduled for October is intended to be staged in Florida. She mentioned plans to include popular disc jock Kurt Riley in Trinidad and Tobago's carnival next year, to establish a small but aggressive presence on the international scene. Regardless, "Jamaica Carnival's focus is local. We're not pushing for offshore ventures, but to expand in the country, out of Kingston," she said.

Lee reiterated Jamaica Carnival's commitment to the development of Brand Jamaica, and suggested that this sentiment is shared among all band leaders. "We work really well together. If you ask them, they'll answer 'no'; no plans to go offshore. We continue to reinvest in Jamaica, to bring people to Jamaica. It's not about bands in various places, but building a strong brand so they will spend their money to come here. Once you have that commitment and investment, you have a Jamaican brand with international appeal," she told The Gleaner.

Lee described this increased carnival activity as being in its infancy stage. Participation on the road ballooned from one or two mas bands to four. Many have questioned the decision of the four carnival bands having individual destinations; Lee has offered an explanation and went on to highlight two glaring issues that affected this year's experience.

"As organisers, it's easier for us to plan a parade where we're passing the same place at different times," she said. In such a case, where all road marches would convene at the same end point, Lee reasoned that the organisers could equally collaborate on permits and bills. With a unified approach, Lee posits that all stakeholders could split all the planning and operations costs.

Though it may be easier strategically, Lee believes that attention must be paid to niche markets. "We are catering to different demographics, so we have to cater to the niche markets. Some people are conservative, some are younger. Variety will facilitate the growth and expansion of Carnival in Jamaica," Lee told The Gleaner.

The other issue Lee highlighted was in the plausibility of a citywide lockdown. "Kingston is not ready to shut down for 15 hours," she said. "I hope we will get there. With 5,000 to 6,000 playing mas, we are the minority," Lee told The Gleaner.

Julianne Lee told The Gleaner that her father, the late legendary Byron Lee, insisted on utilising what she now calls the Carnival Hip Strip. From Devon House, along Waterloo, on to where West King's House Road meets Constant Spring Road, "he was adamant about the intersection", she recalled. "This year was extremely emotional for us. This is what he wanted," Lee told The Gleaner.

Though generally happy with this year's reception of Jamaica Carnival and the other bands, Lee expressed disappointment in the energy of the revellers on the road.

"It's an experience governed by the music; it's creating an experience using the medium of soca, or of West Indian cultured music. I personally found that that was lacking; [it] lacked a lot of enthusiasm and energy. When you look at your phone, and you see the crowds passing by, the people - they're just walking," she continued.