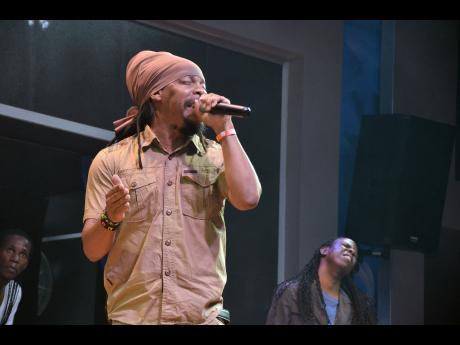 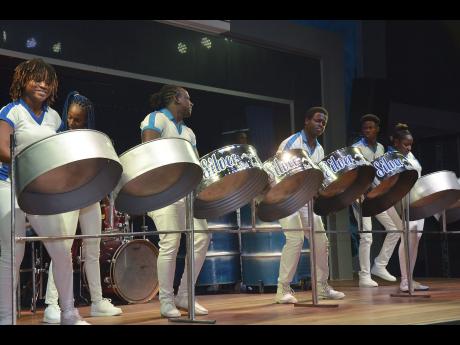 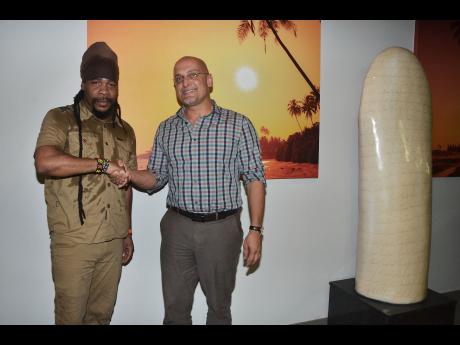 Fresh from a four-month sojourn in Zimbabwe, South Africa, France and Germany, a scorching-hot Sheldon 'Turbulence' Campbell made a cameo appearance at RIU Reggae in Montego Bay recently.

The reggae artiste gave guests at the resort a scintillating recital, while performing with the country's best steel pan band, the Silver Bird Orchestra, a regular at the resort.

In fact, Turbulence told The Gleaner he was on vacation at the resort; however, his relationship with Silver Bird allowed him access to centre stage.

According to the artiste, he has stayed at a number of RIU resorts over the years, but opted to vacation at RIU Reggae because of its name.

"I wanted to come here because of the name, and the ambience and vibe is in sync with its name," he said, adding that the resort chain's owners must be commended. "This is genius, and one of the strongest messages any resort could send, by adjoining their name with such a powerful music as reggae."

Turbulence went on to say how massive the music made famous by Bob Marley had become in Zimbabwe, and Africa in general.

He was, however, concerned that even with its extraordinary evolution; the people who created it do not appreciate it.

"We have the music, the vibe, but we refuse to cherish it," he pointed out, adding, "Look at the people who are embracing it wholeheartedly, the visitors to our country."

Giving an example of a recent trip to Germany and France, Turbulence said he was shocked when he was asked how it felt to be in reggae capital - Germany and France. "That was news to me. But, they seem to love reggae more than us Jamaicans," he said.

The reggae artiste, known for hit songs Girlfriend, The Future and Notorious, said at one of the reggae festivals in France, he and his band were the only black group on stage.

"All the other reggae bands were European or whites from elsewhere," he noted, adding that Jamaica has the know-how and was not doing enough to embrace reggae's authenticity.

His short performance at the resort was well received.

It was no mistake that he elected to place his name next to the country's most talented group of pan performers. Silver Bird brought high energy to the resort entertainment package.

It will go down in the minds of guests as an extra special treat.