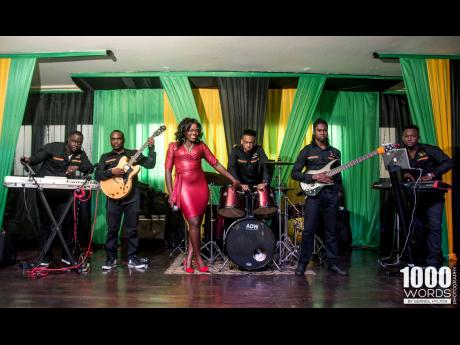 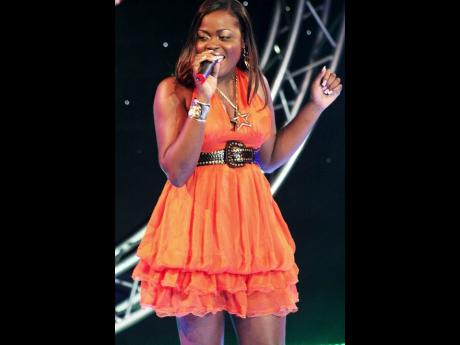 File
Cameal Davis, during her days on Rising Stars.
1
2

Having entertained a variety of overseas audiences visiting the island, the Cuttin' Edge band is projecting that its future might reflect much of its current pastime.

Based at Jewels, Paradise Cove in St Ann, the melodic group of six has been blazing a trail on the hotel circuit and includes five males and a familiar face as the lone female.

"This is my first time being in a band officially and I think for me I connect with the band so much. It's hard to say no; I love the band, they are extremely talented individually and when we come together it's awesome. So I just had to test the water and see what happened."

Davis, no stranger to the hotel circuit - having worked in the industry for many years before entering music - said her own aspirations as a celebrated local vocalist has not expired.

"The brand Cameal Davis, is still separate and apart from the band," she confirmed.

Drummer, Gregory 'Flexxah Drumz' Young, describes the band as "friends coming together to play music...sharing ideas and just being and doing what we love most which is music."

Launched in May 2016, the name Cuttin' Edge, is something keyboard player Kirkland 'Stewiekeyz' Tulloch, says encapsulates the dynamics of the group.

"I think when we listen to the music, we cut it up and put it our way," he said in a chuckle. "It (the name) was everybody's idea; we all came together."

As for performing on the hotel circuit, pianist Marcel 'Keyes' Pryce, explained, "The hotel crowd is not a regular Jamaican crowd where you play just reggae. In this line of work, we have to do a mixture of everything: reggae, pop, hip-hop, gospel, soul, you name it." He says the group does not perform only renditions of crowd favourites. "We do covers mostly, but we do write our own stuff that we perform sometimes."

Even for such talented performers, the competitiveness of the Jamaican music industry sometimes deals harsh realities. But, according to Kamar 'Cunny' Johnson, bass player for the band, "It's not easy so far, but we have been doing promotional stuff trying to get our name out there, individually as well."

What is evident about the group is the fact that individually, each member packs their own talent and personality, which is something, guitar player Kenrick 'Guitzy' Cunningham, sees as a plus for the collective success of the band.

"It helps the band to work because Greg might have a different personality and because of that, he has a different taste for music and comes with different ideas. It all boils back down to the music where we cut up things, as Kirk said, and put them back together and in doing so, it really helps us as a band," he said.

Davis however, pointed out that although these personalities can be active and exuberant, the group is always one to put out an incredible work ethic.

"On a day-to-day basis, it's always fun; it's always something new and exciting, but when it comes on to work, everybody gets down to it."

Aiming now to become a cut above the rest, Cuttin' Edge seems well on its way to lasting success. According to Tulloch, "We're ready for the road."

"I see us touring Europe, getting some festivals and stuff like that; we're thinking big," he added.