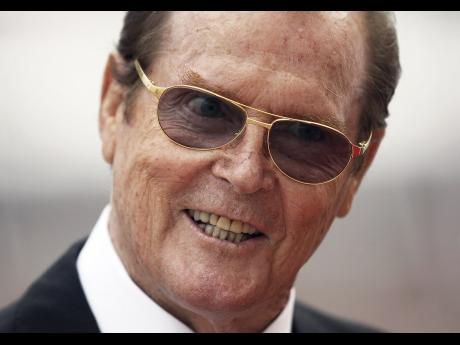 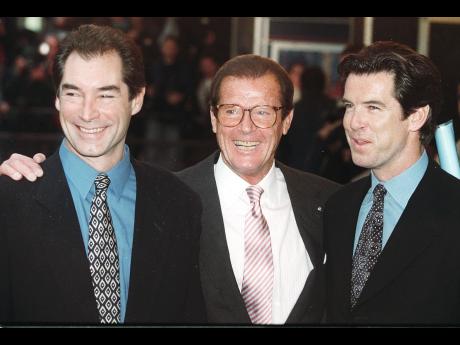 AP
In this Sunday, November 17, 1996 photo, three of the actors who played James Bond (from left) Timothy Dalton, Roger Moore, and Pierce Brosnan, at a London cinema to celebrate the life of Albert R. 'Cubby' Broccoli, the American film producer behind 17 Bond movies.
1
2

Roger Moore, who died Tuesday at age 89, didn't seem to take Bond that seriously even while playing him. Burdened with following Sean Connery as Agent 007, Moore kept it light, using a wry, amused tone and perpetually arched eyebrow as if he had landed on the set by accident. Connery embodied for millions the role of Bond as the suave drinker, womaniser and disposer of evil. Moore didn't so much inhabit the character as look upon him with disbelief.

"To me, the Bond situations are so ridiculous, so outrageous," he once said. "I mean, this man is supposed to be a spy and yet, everybody knows he's a spy. Every bartender in the world offers him martinis that are shaken, not stirred. What kind of serious spy is recognised everywhere he goes? It's outrageous! So you have to treat the humour outrageously as well."

Moore had a long, full life before and after his debut as Bond in 1973.

He was remembered warmly by fans of the popular US 1950s-60s TV series Maverick as Beauregarde Maverick, the English cousin of the Wild West's Maverick brothers, Bret and Bart. He also starred in the 1959 US series The Alaskans. In England, he had a long-running TV hit with The Saint, playing Simon Templar, the enigmatic action hero who helps put wealthy crooks in jail while absconding with their fortunes. By the time the series, which also aired in the United States, ended in 1969, his partnership with its producers had made him a wealthy man.

He succeeded even as critics scorned. His performance opposite Lana Turner in the 1956 movie Diane was likened by Time magazine to "a lump of English roast beef". In the 1970s, New York Times reviewer Vincent Canby dismissed Moore's acting abilities as having "reduced all human emotions to a series of variations on one gesture, the raising of the right eyebrow".

He was more inspired when helping others. He became the UNICEF ambassador in 1991 and five years later, attended the World Congress Against Commercial Sexual Exploitation of Children, and disclosed that he, too, had been a victim.