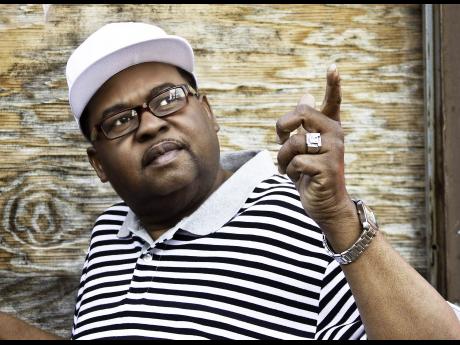 The song has connected with music lovers globally and the singer is not surprised, considering the inspiration behind its recording.

"I was watching the story online about a teenager in Montego Bay who went to the funeral service of a fellow student. On her way home she stopped to get something to eat at a Kentucky Fried Chicken restaurant. On leaving, she was abducted and killed," he related on the circumstances surrounding Shineka Gray's death.

Papa Biggy said when he read about the allegations that her friend could have orchestrated the plot to have her killed, the thought, 'walk with God' popped into his head.

Right after that experience, he was having a conversation with DJ Mikeylous who informed him he had a song on a Calypso rhythm that he wanted him to hear.

"I immediately fell in love with the riddim and expressed the desire to voice on it. With the formalities out the way ... Walk With God was a reality," said Biggy, adding that it was voiced at his home-based studio in Connecticut and mixed at Hi Dawg Studio and mastered by BDlabs in Burlington, Massachusetts.

The song is really personal to Papa Biggy as even in his own life he had to Walk With God to overcome some of the obstacles that came his way.

"Right now I am recovering from a foot operation, and looking back I remember the doctor's prognosis that I would lose one of my legs, but today, look at the miracle that God has brought about," he shared.

The singer who has voiced many conscious songs such as Your Dreams, Stop Dem, Consciousness, among others ... let loose something that many persons are not yet aware of - he is literally living the words of the song.

"I have had a personal relationship with God all my life. I have been through a lot and have made many mistakes. I have been through the pain of not getting the opportunity to tell my son goodbye as his body was fished from the river, I have survived other ups and down, but through all of those experiences God has remained faithful," he said.

Papa Biggy is now recording tracks for his upcoming gospel album, which is yet to be titled.