For the Reckord | Ward Theatre edges towards raising curtains 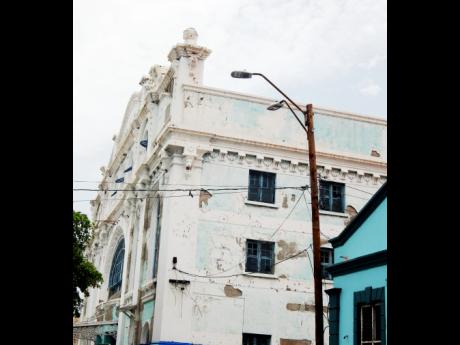 Miochael Reckord
The exterior of the 105 year-old Ward Theatre showing its age. 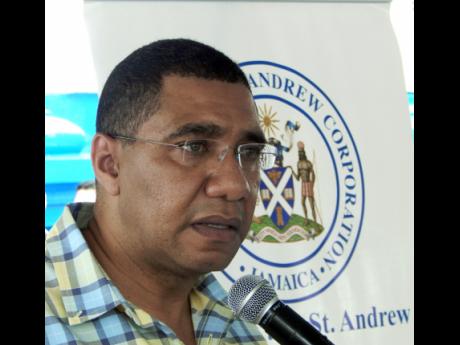 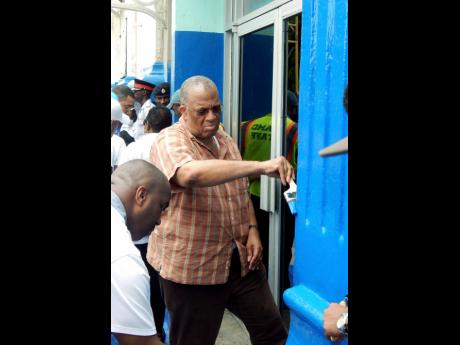 Michael Reckord
Dr Peter Philips, leader of the Opposition, painting a portion of the entrance to the Ward Theatre on Labour Day. 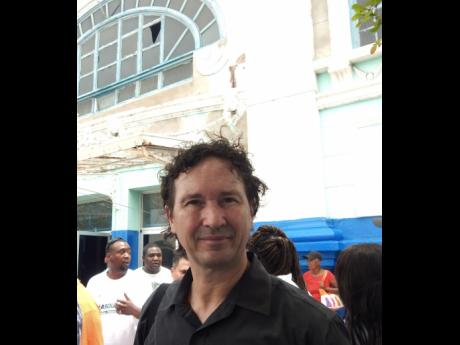 Michael Reckord
Dr Jonathan Greenland, a director of the Ward Theatre Foundation, outside the building, downtown Kingston, on Tuesday.
1
2
3
4

After decades of strategising, numerous fundraising events and months of sacrifice by staff (who sometimes worked without pay, I was told), it seems the Ward Theatre Foundation's efforts to make the theatre fully functional again are paying off.

Foundation Director Dr Jonathan Greenland told me at the downtown Kingston theatre on Tuesday that with government funding, the Ward's air conditioning has been addressed to the tune of tens of thousands of US dollars, and the theatre's chances for recovery are the best they have ever been.

His optimism was given support just minutes after we spoke when four politicians expressed support for the theatre's restoration. It was one of two National Labour Day projects, the nearby Central Police Station being the other.

PEARL OF THE ANTILLES

Dr Peter Philips, leader of the Opposition, said that the theatre had been a testament to Jamaica's cultural vibrancy for more than 100 years and the whole world acknowledged that vibrancy. Olivia Grange, minister of culture, entertainment, gender and sport, called the mayor "a team leader", thanked the Government for the substantial amount of money it has given towards the theatre's renovation, and asked the prime minister for more.

Though he joined in the general laughter at the request, Prime Minister Andrew Holness said, "We cannot allow this monument of our culture, of our heritage, to be destroyed" and he longs for the day when world-class performers again appeared at the Ward.

Executive director of the Institute of Jamaica, Vivian Crawford, agreed that Kingston could become the Caribbean's cultural capital. He pointed to the numerous museums and libraries the Institute of Jamaica administers - the National Library, the National Gallery, the Natural History Museum, the Jamaica Music Museum, the African-Caribbean Institute and Liberty Hall, among other institutions - as attractions for tourists.

Another Ward Theatre Foundation director, Cedric McDonald, said a business plan done some years ago called for the theatre to open daily and largely support itself. The plan, which would now have to be recast in view of the dollar's decline, called for an income-generating bar, museum and gift shop.