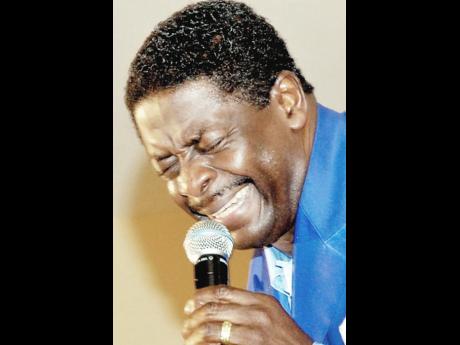 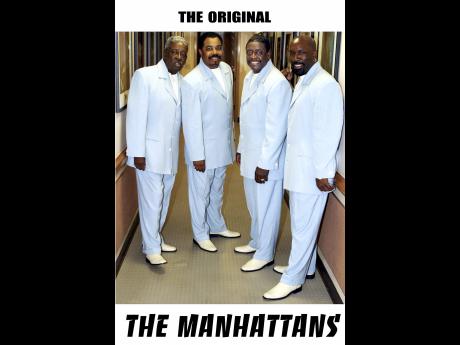 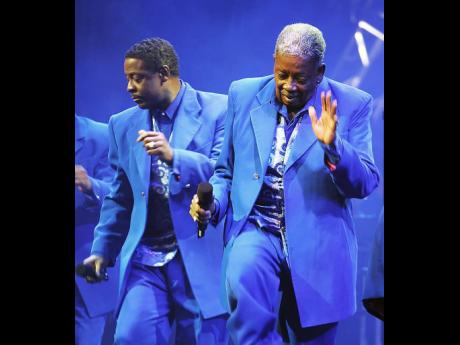 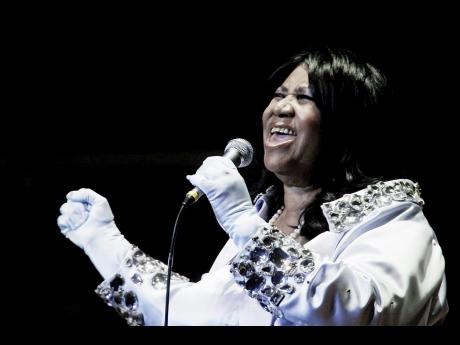 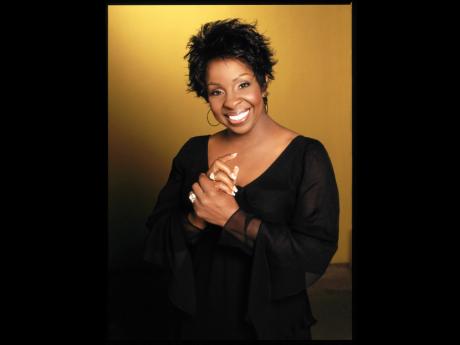 This year marks his 55th in the business for Gerald Alston, the only original member of the world's most melodious groups, The Manhattans, who is still alive. But his voice is just as sweet as the day he started and he has remained grounded in humility all through the years.

Alston and The Manhattans will embark on a celebratory tour as well as record a commemorative single to both mark the milestone and pay homage to Blue Lovett and other deceased members. In the role as lead singer, he will also headline Original Startime on July 8, at Kingston's National Arena.

The affable singing sensation recently spoke with The Gleaner from his New Jersey home about his career, his children, and his plans for the future.

Like most American pop/rhythm and blues singers, Alston had his early beginnings in the church. His family's denominational roots are in the Methodist Church and he is still a member in Jersey City, where he now resides. But the smooth-voiced singer said he missed being part of the gospel group, the Soul Stirrers by only a day, having already accepted the offer from The Manhattans.

"I have sung gospel tunes with The Manhattans and I have a gospel CD titled True Gospel, featuring Regina Bell and my son, among others," said the Henderson, North Carolina native. His dad died in April, but the music genes were passed down through the elder Alston who also sang, an uncle and his aunt Shirley Alston of the '60s female group, The Shirelles.

"Music has allowed me to tour the world, from African countries like Guam to countries in Asia as well as Antigua and other islands in the Caribbean," Alston said.

Throughout his career, Alston has collaborated with other singers, but said he would have loved to do a recording with Aretha Franklin or Gladys Knight.

"I came close in 2005, when the American Music Masters honoured Sam Cooke and I was right next to Aretha when we sang in tribute to him," Alston recalled.

With all the technological and other creative advances in today's music industry, Alston remains unimpressed by a lot of it, but is thankful that some great songs are slowly returning.

"That's why 55 years on, young people still love our music. We sang about life. We also sang about making love but not as graphic as today. Many of the old songs might not have been chart toppers, but people are still singing them today because of their meaningful lyrics and sweet melodies," Alston reflected.

To underscore his point, Alston told The Gleaner, that from the current list of female singers, he likes the work of Jasmine Sutherland and Chrisette Michele, whom he said "can really sing".

From among the male singers, John Legend and Johnny Gill are two of his favourites - the latter he said, "still brings it". His favourite vocal group is New Edition because they, "took the same path we took, their music is good, they are versatile, and their life is a lot like ours."

With all its challenges and for all the time spent on the road, Alston has no regrets, having not pursued another career path.

"I have enjoyed my musical career but if I were not singing, I would have been a cardiologist. But, in another sense, the songs I sing deal with matters of the heart," Alston told The Gleaner.

Part of their 55th anniversary project will be a video single in tribute to Blue Lovett and the other deceased singers. If they get the right material, they will also do a CD.

Many musical stars have fallen by the wayside as a result of drugs, bad investments, or simply believing all the hype surrounding their celebrity. Not Gerald Alston. Asked what has kept him grounded, he said without missing a beat: "My wife, family and the guys in the group have kept me focused."

He added, "We all wanted to make it and doing drugs and alcohol would not place us in a position to function effectively. To this day, all my neighbours know me. I go to the same supermarket they do, I don't have an attitude, I am myself, (I) wash my car and live normally. They see me as Gerald, because I don't see myself as a star," Alston said.

It's not all music for Alston Gerald, as he is a member of the Kappa Alpha Psi Fraternity and every year he takes a group of students on a weeklong bus tour to colleges in the US. This year from April 19 to 21, some 29 students went to North Carolina to look at college options.

"We make it less expensive for the parents by providing food, hotel and transportation for them to explore historically black colleges, make their applications and get the opportunity to attend. It has been very successful so far," he said of the programme that helps scores more black students get into colleges annually.

Married for 35 years, his wife was a member of the Teddy Bear Dancers who performed for the late Teddy Pendergrass. Alston credits the longevity of their marriage to the fact that having been in show business, she understands the music industry and how to deal with it. Plus, two of their three sons also sing.

In the future, when career and road trips slow down, Alston would most like to travel the world with his wife, knowing that he does not have a show to do.

"I want to return to the place in Europe where according to history, Mary lived after Jesus was crucified. We visited it once and it was a most enlightening and emotional experience for us, my wife cried," he said.

For the July 8 show, Jamaican fans can expect The Manhattans to belt out hit after favourite hit from the early '70s to the present. No stranger to our shores, Alston fondly remembers the annual Mother's Day shows he did here and said, "I love the positive energy from my Jamaican fans, you give me your all and it is wonderful." Among the numbers, he is sure to include his late dad's favourite - There's No Me Without You.