Patra Comes Out Of Retirement For 'Powerful Women' Show 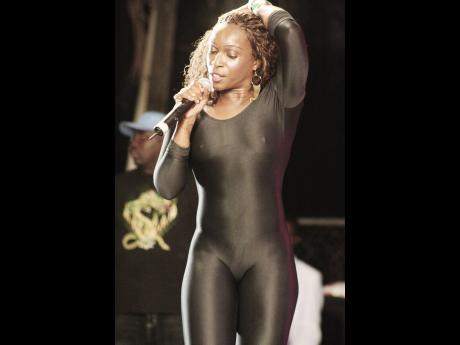 After being off the local entertainment scene for decades, Patra - one of the hottest female performers in the '80s - returns to the Powerful Women and Men Perform for Charity stage on Sunday, June 4, at the National Indoor Sports Centre.

In the 1990s, she was part of the successful Specs/Shang team led by Clifton 'Specialist' Dillon. She first got noticed as a featured singer on the Shabba Ranks' song, Family Affair, in 1994. Then she had hit after hit, with Worker Man, Romantic Call (featuring Yo-Yo) and a cover of Grace Jones' Pull Up to the Bumper.

Then she disappeared from the music scene.

Now she is back in Jamaica, having married Jamaican Donahue Jarrett (son of Terrence Jarrett - founder of the Altamont Court Hotel). They both operate the Chateau 7 restaurant at Red Gal Ring, Stony Hill. Donahue has also had a musical career, having recorded songs with Third World's Stephen 'Cat' Coore.

Patra has agreed to make an appearance on this year's Powerful Women and Men Perform for Charity show, to benefit the Mustard Seed Communities.

"She has a lot in store for the patrons and should bring a lot of excitement, for which she was known, to her performance. Patra also has a surprise performer who will join her on stage," said Cordel Green, chairman of the show's production committee.

Other internationally acclaimed Jamaican entertainers who will be making their first guest appearances on the Powerful Women and Men Show are: Bongo Herman, Mutabaruka, King Sounds, Irvin 'Carrot' Jarrett and Tony Rebel.

"We are expecting a capacity crowd to attend this year's show in the spacious National Indoor Sports Centre, to include a number of young first-time attendees who have been following the Powerful Women and Men Perform for Charity Facebook page, which has been active over the past few days," said Thyra Heaven, chair of the show's planning committee.

"We have taken a new approach to the marketing of the event and we hope it will reap great rewards for the 400-plus abandoned, disabled and HIV-infected children who are under the care of the Mustard Seed Communities," she noted.