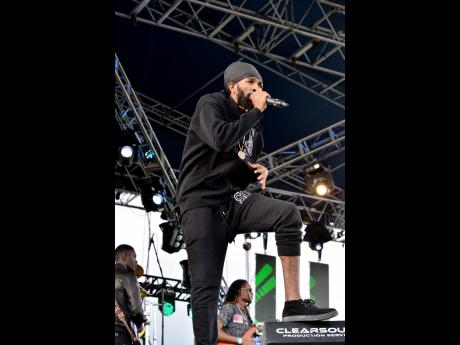 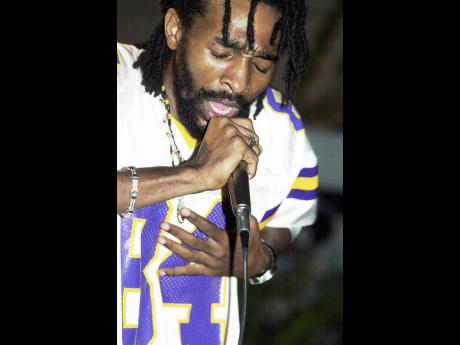 Spragga Benz extended spending a quiet birthday at home by two days - at least. Tuesday, May 30, was the day when another year was ticked off the calendar and when The Gleaner called the deejay in the US yesterday, he had not left home yet. However, he said, "I have everything to my comfort."

He was considering hitting the road today and although the actual day was very quiet, there are four public celebrations for his life milestone. Three have already gone, with the fourth and final slated for the Luxurious Banquet Hall on Saturday, June 10. There were three consecutive celebratory events in Bridgeport, Connecticut, on May 19, Bronx, New York on May 20, and Brooklyn, New York, on May 21. The last was shared with radio reggae personality Bobby Konders.

TIME IN THE STUDIO

Spragga was with members of the Marley family in the earliest hours of his actual birthday came up. "Me and Stephen and `Julian were in the studio (in Florida) working on a remix for Julian," Spragga said. He left about 1 a.m. to 1:30 a.m. and had been home up to when The Gleaner called.

He said a lot of the quiet time has been spent to "organise, to get things together". And there is a lot of music and related activities to organise, as Spragga has two albums in the works. Scheduled first for release is The Journey Continues, for which more than 20 tracks have been recorded to select the final set for the full-length release. The plan is to get that out in about September. Then there is Once Upon a Time, which could be out close to the end of the first quarter of 2018.

Among his guests on The Journey Continues are Kranium and Ky-Mani Marley. Name Brand, a track that he performed at Rebel Salute 2017, held at Grizzly's Plantation Cove, Priory, St Ann, is among the choices for that set. About 10 tracks have been recorded for Once Upon a Time, but all the riddims are in so the writing process continues.

In putting an album together, Spragga said, "My intention is to make more packages, of work that people can sit in and listen." He said that based on fan feedback, they want "something of everything, that Spragga Benz is known to do."

Spragga Benz hit the big dancehall times in the 1990s, with 98 and A1 Lover (with Chevelle Franklyn). His Uncommonly Smooth album was released by Capitol Records.