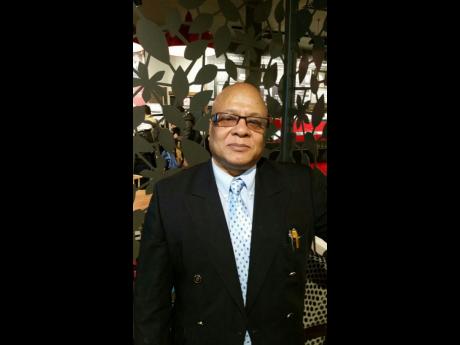 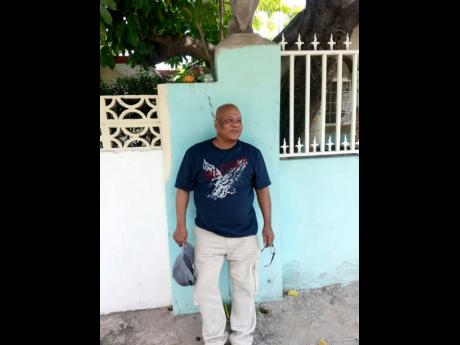 Describing Anthony ‘Chips’Richards as an international ambassador for the Jamaican music industry would certainly be one of the biggest understatements of the 20th century.

The name may mean very little to Jamaicans at home, but in the wider diaspora, it carried a lot of weight. Richards was the undisputed pioneer insofar as it relates to the promoting, spreading and disseminating of Jamaica’s reggae music to various corners of the globe. There were others before him like Emile Shalett, Chris Blackwell and Junior Lincoln of Ashanti Records, but they were confined mainly to the European market. Richards, although operating against great odds, managed to widen the mainstream acceptance of reggae through his promotions, taking it as far as Japan and Nigeria, thereby opening the floodgates for a multitude of promoters and singers to capitalise on these major musical landscapes.

Born in Kingston in 1946, Richards got his earliest inspiration for music while hanging out as a 12-year-old at places like Duke Reid’s Treasure Isle Studios. Five years later, he would join his parents in England and initially began training as a cinematographic technician. His urgings for music, however, continued in England, and with encouragement from seasoned campaigners Owen Gray, Winston Francis, Alcapone and his cousin - veteran record producer Bunny Lee, he got into record production in 1971.

The real turning point in Richards’ life, however, came with his appointment as marketing and promotions manager for the larger-than-life Trojan Records in 1973.

His initial responsibilities were to promote all Trojan products through telemarketing, and to ensure that Trojanreleased recordings, which included several reggae hits, get on to the British charts. At the time they weren’t, because the ‘black shops’ to which Trojan’s records were distributed were not taken into account as far as the sales returns done by the British Marketing Research Bureau was concerned. Chips’ responsibility was to get these songs into the 360 white shops at which the gallop poles conducted by the British Marketing Research Bureau were done, in order to get them on to the charts. His work pushed Trojan to unprecedented levels in terms of bringing Jamaican music to a mainstream audience.

Chips, who has resided in London, Brazil and Jamaica at intervals, is currently on a visit to his homeland, and I fortuitously ran into him while I was on a visit to Bunny Lee’s home in Meadowbrook Estate. He disclosed to me that he went about his task, first, by getting local radio support, but obstacles were in the way. According to Richards, “Skinheads - some young rebellious teenagers, were very supportive of Jamaican music, and their behaviour led the BBC to associated reggae with violence. So I had the task of trying to marry authentic reggae with the BBC’s pop, stringy music and find a common ground.”

He spoke about the humiliation, insults and abuse he suffered before having his promotions accepted and played by Capitol Radio. Further lobbying efforts by Richards secured for him a onehour per week program on the station, strictly for playing reggae music. When differences arose and Richards decided to step away from the programme, the slot was taken up by popular disc jock, Radigan.

“Radigan, who many thought masterminded the programme, perhaps didn’t even realise how it came about ,” Richards interjected.

Chips also introduced reggae to the BBCWorld Service in London, thereby broadcasting Jamaican music around the globe. He eventually took Ken Boothe, John Holt and Toots Hibbert there to do personal on-air interviews around the world.

In the heights of reggae glory, Richards promoted and pushed Ken Boothe to number one on the British charts with, Everything I Own, and followed up with Crying Over You in the Christmas of 1974. This Richards did, by arranging personal appearances, television and radio interviews and including Boothe in the Top of the Pops - a British music chart television program, without which Boothe wouldn’t be able to get on the charts. Several other Richardspromoted recordings also reached the charts. They included Help Me Make It Through The Night, by Ken Boothe, Monday Morning Feeling by Tito Simon, Natty Bongo by Owen Gray, Move Out Of Babylon by Johnny Clarke and Here IAm Baby by Al Brown.

Richards was the first man to take reggae music to Japan in 1976 through a reggae music tour he arranged that included The Pioneers and The Cimarons. It opened a whole new global market place for reggae, which is benefiting the Jamaican economy today.

Returning to Britain that same year, Chips left Trojan and began a collaboration with female producer Sonia Pottinger that saw the formation of Skynote Records, and later his own Carib Gems/Skynote Records, which had a prodigious output of 62 albums, including Alton Ellis’ Silver Jubilee Vol. 1 and 2, and three medley albums by Owen Gray.

By 1978, Richards turned his attention to Nigeria, opening up a massive reggae market in Africa, first with record imports and radio promotions. But unfortunately for him, the country soon banned record imports in favour of manufacturing their own records. However, the groundwork laid by Richards acted as a catalyst for companies —EMI and Virgin — to establish themselves there, by signing Jamaican artistes like U-Roy, I-Roy, Johnny Clarke, The Mighty Diamonds and Culture.

In the 1990s, Richards opened his own PPD production suite 24track studio in London, which for 24 years, has recorded a large number of local and foreign artistes. Talk about unsung heroes, Richards has to be numbered among that set.

After 45 years in the music business, he is still spreading the reputation of Jamaican music around the globe and apparently sees no end in sight, as he quipped: “I’m retired, but tired of being retired.”