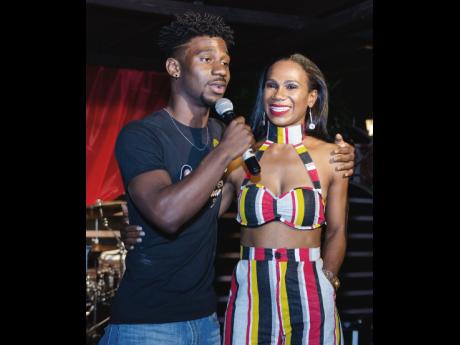 Darien Robertson
Sophia Brown with her son, Jahmel Clarke, at the launch for her new album, ‘Change’. 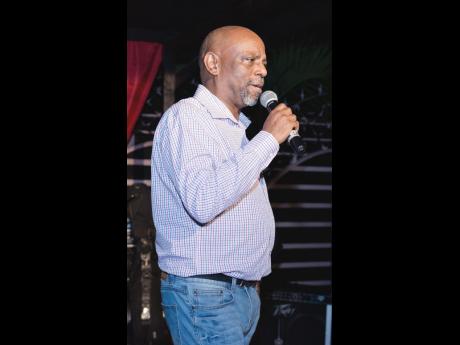 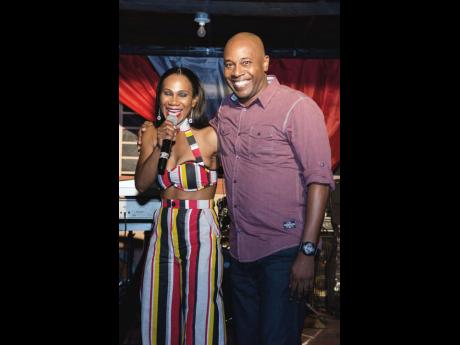 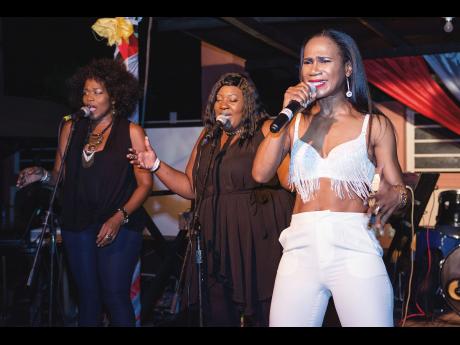 File
Sophia Brown (right) in performance, with her background vocalists.
1
2
3
4

A swanky event, which took place at KGN10 Bar and Grill, 1B Hillview Avenue, off Eastwood Park Road, the sultry songstress treated fans to more than a taste of her new-found sexy attitude. The album launch was organised by Brown's own MusicMecka team and hosted by popular television personality Saudicka Diaram.

Though the event got off to a late start, the seasoned songstress was able to pull the support and hold the attention of a number of music industry professionals. Luciano the Messenger was one such supporter, along with long-time artiste manager Heavy D and indigenous Jamaican music academic and media personality Clyde McKenzie, who was invited to address the audience during the evening's proceedings.

"A brand is a simple thing: a promise of value, where one applies an expectation. She is distinct from her contemporaries because she has discipline. Let's not take her pull power for granted because she is deserving of attention. Sophia has her own brand essence, which is not easy in the local arena. Corporate entities can easily get behind a brand like Sophia's," he said.

On behalf of his sister (Daniela Stone of DTS Designs), Brown's son, Jahmel Clarke offered words of praise and admiration for his mother during his address, highlighting his mother's emphasis on the importance of staying in school.

Cousin of the songstress Daniel Thompson also addressed the audience, describing Brown as "likkle but tallawah", while offering a peek into Brown's life as an amateur.

During his exposition, Thompson relayed the strength of Brown's unwavering decision to become a full-time musician. He recalled taking a young Sophia Brown to an audition session at a studio in downtown Kingston. Thompson said that they finally got the opportunity to record after waiting for many hours. The small success of getting behind the mic was also the first setback for Brown as the producer revealed that her entire recording was off-key and that she should come back some other time.

Despite the rocky start many years ago, the singer now boasts a shining career that has taken her to the shores of Dubai, Australia, and into many other international arenas.

Brown also took the opportunity to publicly perform some of the songs from her album, including Sexy Reggae and Cya Stop Da 1 Ya, among others. Fans who attended the launch were also treated to a viewing of Brown's sultry new single called Love Zone.

Sophia Brown's Change is distributed by Zojak Woldwide and is now available for purchase and download on all digital platforms.