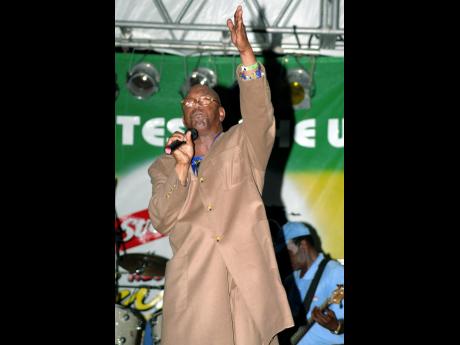 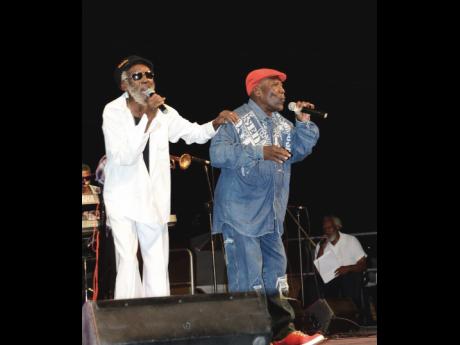 Two of Jamaica's veteran reggae artistes; Arthur 'Bunny' Robinson and Frankie Paul, were to be laid to rest this weekend, but only one of the funeral services will go on as planned.

The thanksgiving service for the life of late singer Frankie Paul has been postponed until next week Saturday. The funeral was scheduled to take place tomorrow at a church on the premises of the Ardenne High School, but had to be pushed back a week. The revelation was made by the singer's sister, Tisha Clarke, who hinted that the final appearance by track and field superstar Usain Bolt may have had something to do with the changes. She said the family wants to give the singer the send-off he deserves, and that may be affected by Bolt's run on Saturday.

In addition to the adjustments made to the date, Clarke also revealed a change in venue for the service. She said that as part of the government's contribution to the singer's farewell celebrations, the Minister of Culture is allowing them to use the National Arena to host the service. Interment will follow at the Dovecot Memorial Gardens.

Lost a leg to diabetes

Frankie Paul, who had lost a leg because of diabetes in 2016, died at the University Hospital of the West Indies in St Andrew on May 18.

Meanwhile, the funeral for Arthur 'Bunny' Robinson will be held at the North Street Seventh-day Adventist Church in Kingston on Sunday, June 11. The send-off ceremony is expected to begin at 11 a.m. Interment follows at the Meadowrest Memorial Gardens. Robinson died on May 9. He was 81 years old.

Robinson's widow, Joyce, told The Gleaner that she is grateful for the support the family has received from the music industry during her time of bereavement and is hoping industry players will turn out in their numbers for his final send-off. She also encouraged persons to come out and join the family as they celebrate Bunny's life at the set-up, on 21 Crook Street in Jones Town.