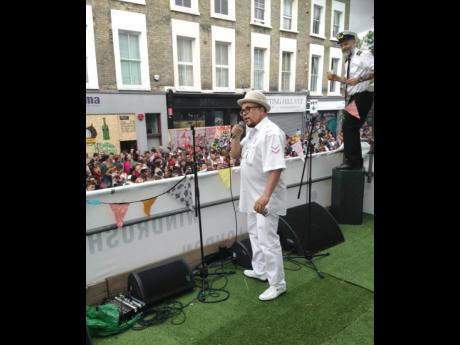 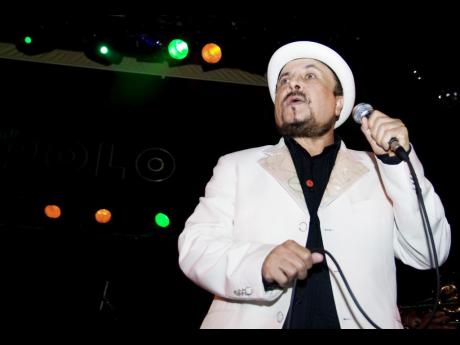 Another of the international ambassadors for the Jamaican music industry is Dennis Alcapone, who became well known in the 1960s and 1970s for his DJ recordings and performances. But if one were to measure Alcapone's achievements solely on the basis of his rapping attributes, one would certainly be doing him an injustice. The entertainer serves as an important link between Jamaican artistes in the diaspora and the general public, especially those at home.

In a 2013 interview I did with the DJ, he said: "I am at a point in my life right now where people gravitate to me for information. Anything that they need to know, they check with me from all over the world. I take it upon myself to be the man in England that when artistes die, I get the information around. When Roy Shirley, who lived alone, died, I was the one who discovered that he was in his house for two weeks."

Alcapone claimed that he was instrumental in making arrangements with culture minister Babsy Grange to have Shirley's body flown home for burial. He performed similar duties for both Gregory Isaacs and Alton Ellis, along with accompanying them home when they passed. According to Alcapone, "I, along with a friend, kept Gregory's nine night in England. I knew he had a lot of fans there, and something needed to be done in his honour." The DJ also said that he liaised with John Holt's sister while Holt was hospitalised in England to keep people all over the world informed about his condition as many rumours were floating around.

Having to share a birthday of August 6 with Jamaica as an independent nation will forever be a treasured moment for Alcapone. Going by the name Dennis Smith, he was 16 years old at the time and entertains fond memories of his sweet 16 parties, which coincided with several Independence celebrations in 1962. It has become something like a recurring decimal each year, to this day, for the Jamaican Embassy in London, where Alcapone now resides, to celebrate with him at Independence time.

Alcapone began his entertainment career in the 1960s as a DJ with the El Paso Hi-Fi sound system in the Waltham Park area of Three Miles. The DJ listed as his earliest inspiration DJs King Stitt, Count Matchukie, Sir Lord Comic, and U-Roy - the man who made the genre explode. Producer Keith Hudson heard him and invited him to Dynamic Sounds to record. There, he debuted in 1970 with Macka Version under the name Dennis Smith. Entering the gates of Studio 1, he introduced himself as Alcapone, a name that was thrust upon him by some friends after watching a movie with that character at the Majestic Theatre. His earliest pieces, among a load of songs for Studio 1, included Nanny Version - a cover of Larry and Alvin's Nanny Goat; Home Version from Ken Boothe's Home; and the album Forever Version. About that same time, he recorded a number of commendable cuts for the Treasure Isle label, while working with the boss Duke Reid on a weekly basis as an A&R man.

Producer Byron Smith, in an effort to get in on the action, sent for Alcapone to deejay on Nora Dean's Barb Wire and recorded him under the name El Paso on the recording Mosquito One.

But perhaps Alcapone's greatest impact was created with his recording of Teach The Children for Duke Reid in 1971. The recording is still being used in schools worldwide as a motivational tool. Its lyrics are simple yet effective:

I beg you ring the bell

Teach 'em how to spell

You got to learn that

I hear the children sing."

By the beginning of 1973, the DJ's popularity had risen to such a level that he was voted by the respected Swing Magazine as DJ of the year in 1971 and 1972.

After a disconcerting episode with producer Clement Dodd over royalty payments, Alcapone left on a six-week tour of the United Kingdom in 1973. Prior to his departure, he recorded, upon the advice of producer Bunny Lee, the album King Of The Track, containing several of Lee's rhythms, which he took along with him as a promotional tool.

Another tour to the UK, in 1974, resulted in Alcapone's decision to move there for good. He listed two main reasons for his decision to do so: "The peaceful dances in the UK, compared to those in Jamaica, and the meeting of a woman who would become my wife for 40-odd years," he disclosed.

His migration to the UK was indeed the turning point in his life. It saw him touring the world extensively, while doing a plethora of recordings.

Alcapone said that he also assisted Ken Boothe with choosing a follow-up to his 1974 UK, number one hit, Everything I Own. That recording - Crying Over You - narrowly missed the UK top10 charts.

The DJ himself recorded over 100 singles during his lifetime, the majority of which were for producer Bunny Lee. He recorded for every producer in early Jamaican music with the exception of Harry Johnson and Derrick Harriott.

Dennis Brown, Delroy Wilson, and Augustus Pablo have all come under his production skills.