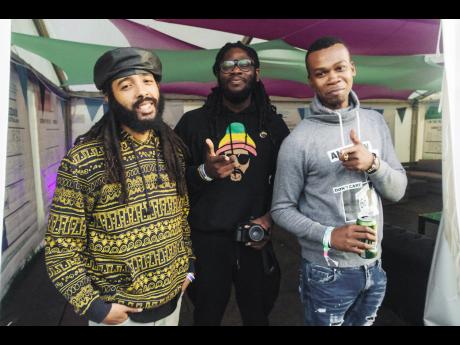 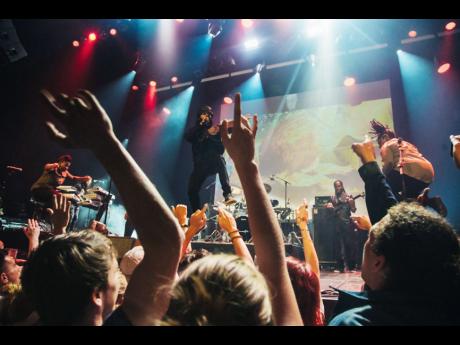 "[McCarthy] used to do visual work for Protoje, before he moved into painting and murals," he said. McCarthy, who was branching out in the development of these other media, put Reid in contact with Protoje with the suggestion the he take over the work McCarthy was leaving behind. "That was 2013, shortly after Matthew's final-year show and I didn't hear from Protoje until early 2014," Reid explained.

"I came on initially because he had a whole bunch of tour footage, a hard drive filled with footage from tours and didn't have any means of putting it together in any way. A lot was just me looking through the footage and helping him edit, while he made proposals. Sometimes we would link up in person, and naturally, I carried my camera," Reid said.

With the decision to take photography more seriously, Reid adopted the habit of touting a camera with him wherever he went, including the sessions in which he met with Protoje to assist in footage review and editing.

"When I would pass through, I would just take some photos. That happened organically," Reid said. The creative relationship between both young men got so comfortable that the recording artiste would send flyers for Reid to give his opinion. "Sometimes I would say, 'Hold on, I can do one', so [Protoje] saw that this guy can also do graphic designing. I started doing multiple stuff for him," he continued.

By the end of 2014, after months of continuous work, Reid said that Protoje invited him to work on tour.

"I was sceptical at first, and I made no issue of it, until things starting manifesting," Reid said. The cameraman started going on tour with the Indiggnation collective in November 2014, and has been a staple tour member since. In just one year, Reid's role expanded with the exit of Protoje's previous creative director.

"I was pretty much controlling the creative direction already," Reid told The Gleaner. He explained that he was 'controlling' most of Protoje's photography and at the time, had already shot two music videos for the artiste.

"I already understood the brand and I wanted to take it over. He basically agreed and made the offer on the spot," Reid said.

Since 2015, Reid has collaborated with Protoje on singles and album release strategies, as well as curating multisquare art posts on the artiste's social media platforms.

"Even if I don't do the designs myself, I make suggestions. For example, I've worked along with Taj Francis, who does some of [Protoje's] cover artwork and posters," he continued. "I do enjoy working with musicians. I care about the cultural landscape in Jamaica, where art and music is concerned, having a hand in both fields. I believe there is so much talent that has not been exposed or not necessarily offered the same branding or visual technique as in other countries," he said.