R Kelly promises fireworks at Groovin In The Park concert 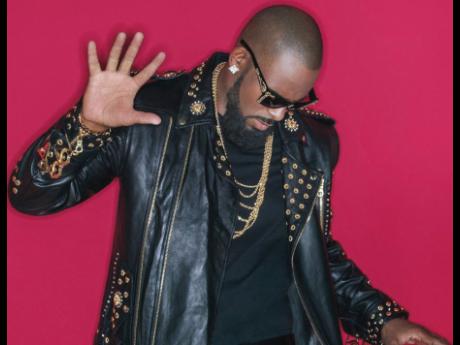 R Kelly fans, start your ignitions! The pied piper is coming to Queens, New York for a big date on Sunday, June 25, 2017.

The R&B icon is expected to ignite New York City with musical flames when he headlines the annual Groovin' In The Park concert at Roy Wilkins Park in Queens. This will be Kelly’s first outdoor performance in New York City in almost a decade.

"This summer is about to be lit. Can't wait to turn up at #RoyWilkinsPark June 25th in Queens, NY for #GroovinInThePark," the R&B artiste tweeted a few days ago.

“R Kelly is one of the world's greatest entertainers," said event CEO Christopher Roberts, of Groovin' Inc. "His performance of Trapped in the Closet, at the 2005 MTV Video Music Awards, is regarded as one of most iconic VMA performances ever. His performance at BET's 25th Anniversary is another standout moment that fans still marvel about. New York fans, brace yourself for an extraordinary performance from the R&B legend when he graces the stage at Groovin' In The Park 2017. I promise it will be epic,” said Roberts.

R Kelly is a master producer, composer and performer and he is known for delivering music that is spiritual, inspirational and extremely sexual. He made his mark with his smash hit, I Believe I Can Fly, that won three Grammy Awards and appeared on the soundtrack for Michael Jordan’s movie, Space Jam.

World's Greatest, was the anthem for the 1996 summer Olympics in Atlanta and a duet, I’m Your Angel, with French-Canadian pop diva Celine Dion, catapulted R Kelly to international stardom and astonishing commercial success. Kelly has sold more than 38 million albums and his catalogue has yielded more than 40 hits.

And another R&B icon, Stephanie Mills, has just been added to the lineup too. Mills has been a huge all-time favorite for New Yorkers and a staple on classic soul radio stations nationally. She has enjoyed a dazzling career that has spanned several decades. Her number one chart-topper, Home, from the Broadway musical, The Wiz, kicked off what appeared to be a barrage of unending hits. Her smash singles include, Good All Over, (You're Puttin') A Rush On Me, Something In The Way (You Make Me Feel), and one of her warmest love songs, Never Knew Love Like This Before, which won her a Grammy in 1980 for best R&B vocal performance.

R Kelly and Stephanie Mills, will join a dazzling galaxy of reggae stars for the park performance. Busy Signal, one of reggae's current hit machines from Jamaica, will be doing his first performance on U.S., soil. Other reggae luminaries on the bill are Tarrus Riley, Freddie McGregor, Ken Boothe, Leroy Sibbles and U Roy with Lloyd Parks and We The People Band, accompanied by a mass choir and a symphony orchestra.

Groovin' In The Park, is in its seventh year, and in the past, the annual summer concert has featured Air Supply, Michael Bolton, TGT, Patti Labelle, Boyz 11 Men, Gladys Knight, Babyface, Beres Hammond, Jimmy Cliff, Toots Hibbert and many other A listers from pop, R&B and reggae. Gates open at 11 a.m.