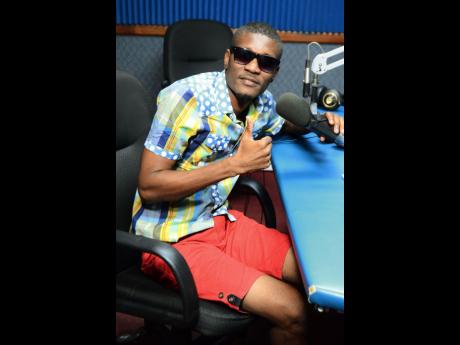 According to the promoter, who recently launched his entertainment promotional company, Ultra Modern Digital Media, the lack of proper promotion has been the major factor hampering the growth of Jamaican music.

Denzie says any success in the music industry is based on 90 per cent promotion and 10 per cent talent. Therefore, he says artistes should not be opposed to investing in efficient promotional companies.

"I am cultivating a long-term network that creates global awareness and opportunities for the reggae and dancehall culture, collecting and reclaiming brand Jamaica, and presenting it to the wider world through my creative media ideas. Hence, I started a reggae and dancehall magazine that I initiated with the first edition in 2014. It still hasn't expanded to the worldwide shelves as yet, but we are currently working on the second edition to be released in 2018 at reggae festivals, mainly in Europe," he said.

The promoter also said recording artistes should learn how to improve their networking skills if they hope to ascend to the top of the music industry.

"Most artistes are not enlightened where global networking is concerned. With social media, the world is an open gateway to meet important people who will create building blocks to establish a market for your brand. Artistes should aim to think outside the local market and create their own space; in every business, education is key, so I would implore emerging and established artistes to be flexible in their promotional approach," he said.

Denzie also advises persons embarking on a career in music to prepare themselves for hard work and sacrifice instead of viewing the entertainment business as a 'quick-money' hustle.

"While the music business can be very rewarding, it also requires a lot of self-growth. Jamaican youth should strive to be mature, responsible individuals with the right attitudes and be willing to invest in their own talents. They should know the value they want to achieve from their art. Only by doing such will record labels see them as a reputable brand and want to do deals with them," he told The Gleaner.