US singer for Jamaica Music Camp 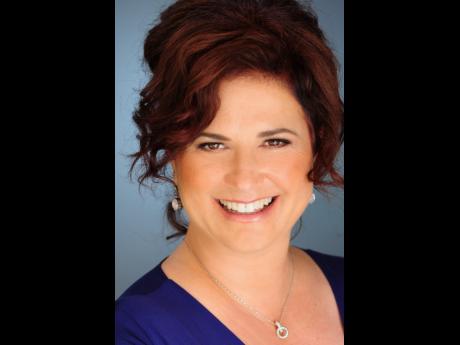 Karen Benjamin, an experienced cabaret and opera singer from the United States, has been selected to be one of two special musical guests for this year's Jamaica Music Camp.

After announcing that Tessanne Chin would return to teach the master class at the annual summer camp, director Leora O'Carroll announced that she would be joined by another professional musician.

Benjamin, who hails from Los Angeles, will be making her first trip to Jamaica and tells The Gleaner she is happy to be a part of the Jamaica Music Camp for her inaugural trip.

"I've always wanted to go to Jamaica, and I can't think of a better way to be introduced to this beautiful country than through teaching music and being around creative kids and staff who love the arts," she said.

"I was overjoyed to get the opportunity. The camp's mission is amazing, and from what I've seen from the YouTube videos, it's an inspiring place to be. I'm looking forward to making music with the campers and the amazing staff," she added.

O'Carroll said Benjamin was selected to be a part of this year's camp not only because of her music expertise, but also because of her passion for wanting to pass on that wealth of knowledge to others.

"She (Benjamin) has such enthusiasm and energy. Her reaction to being selected was so enthusiastic and positive, and I can't wait for the campers to experience that same dynamism," she said.

Benjamin told The Gleaner that while the campers are supposed to learn as much as they can about music during the camp, she also wants them to have fun and will ensure her lessons allow them to do just that.

"Since this is a camp and not a school, it's important for the campers to have fun at the same time they are appreciating the discipline that goes into getting our vocal selections ready to be presented at the end-of-camp concert," she said.

"Leora and I are in the process of picking the repertoire. We want it to be varied, introducing the kids to different styles of music," she added.

Set to take place from July 5-15 at the Tryall Club - Private Villa in Montego Bay, the summer camp will, this year, celebrate its fourth anniversary.

The camp is comprised of paying campers as well as scholarship recipients, who are selected from The National Youth Orchestra of Jamaica and Musicians Without Borders Trench Town Project.

Last year, 11 participants were scholarship recipients, and this year 12 students will be awarded scholarships. Since it was launched in 2014, the Jamaica Music Camp has awarded 27 full scholarships to young Jamaican musicians.