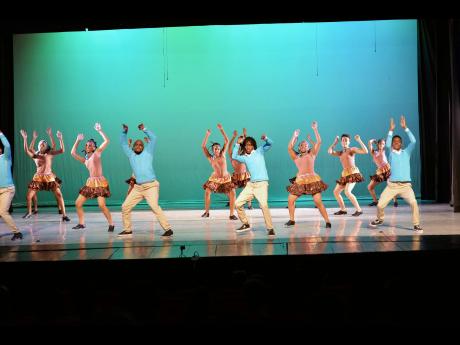 Contributed
The cast in ‘I Wanna Dance’, a mix of tap-dancing and hip hop. 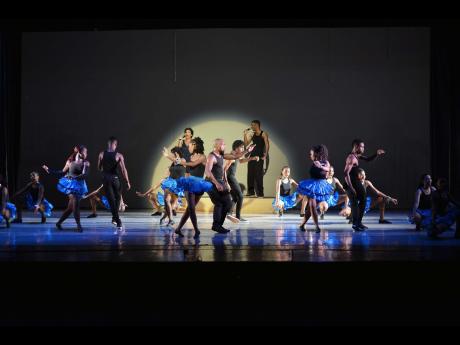 Contributed
One of the night’s most talked- about pieces, ‘The Hollow Chill’. 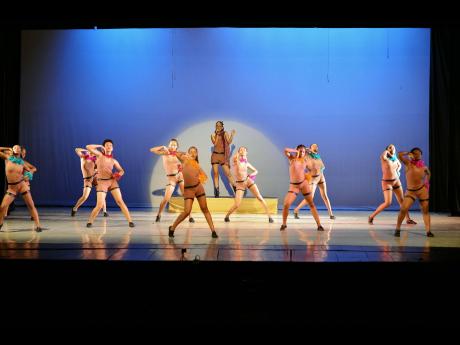 Contributed
Lead soloist Sodanne Browne along with the ‘Sunset’ cast in ‘It Takes Time’. 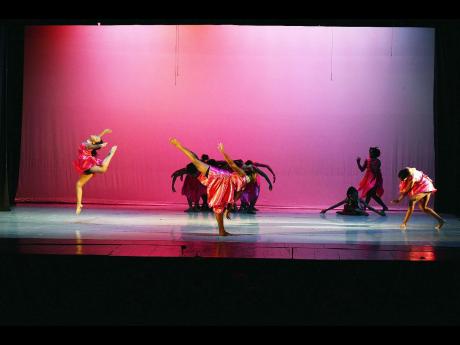 Contributed
A scene from 'Sunset'. 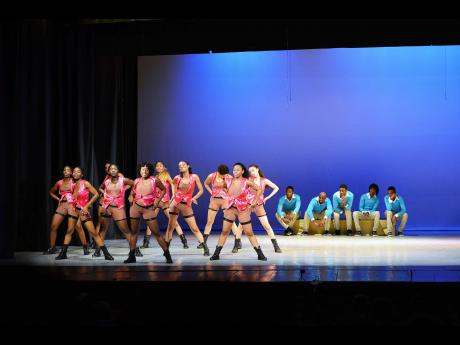 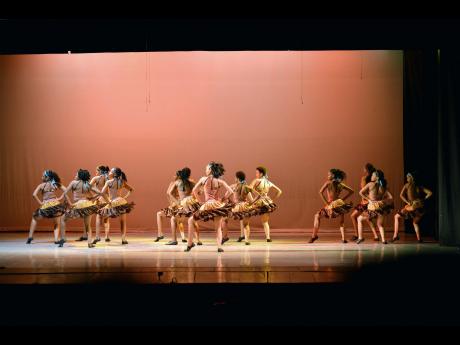 Last Saturday evening a showcase of local talent was on display at the Little Theatre on Tom Redcam Avenue, as the Browne Entertainment Arts and Media Ensemble (BEAM) held the audience captive for a little over two hours with the group's all-stars initiative titled Sunset.

The focus of attention was the effective use of imagery and imagination, reinforced by the use of colourful costumes, compelling emotions and a simple but spectacular set brought to life by the able dancers and singers of diverse age groups, who are all stars in their own right. Essentially, BEAM offered much more than great dance moves, clean lines and effortless movement, which were all supported by talented vocalists who brought us through many hits of the 2000's.

The captivating ensemble consisted of 20 main performers and six vocalists, all led by the troupe's executive artistic director and lead choreographer, Sodanne Browne, who started BEAM in 2014. She has, however, been working with the all-stars team of dancers for over 11 years and this was evident with the level of professionalism and passion displayed on stage.

According to Browne, "Sunset is the company's 2017 all-stars initiative and the story of each dance is inspired by the time of day that it represents in the show. I Wanna Dance, is morning, Steamy Afternoon is afternoon, Hollow Chill is evening, Darkest Night is night and Goodnight my Love is midnight," she shared. "The choreography is a combination of works from myself, Salim Browne, and Conrey Richards with a cast made up of over 20 young, enthusiastic, talented dancers," she added.

The Sunset cast kicked off Saturday's proceedings with the first of 15 performances on the programme, titled Hello Sunshine, but it was the second piece I Wanna Dance, that captivated the audience. It was an upbeat dance number that incorporated elements of tap-dancing as well as other hip-hop dance variations such as crumping and break dancing that delighted the audience.

Steamy afternoon was an ode to the 90's during the early years of hip hop with Lauren Hill and the Fugees. The Darkest Night had the attention of the females in attendance, as the all-male cast invoked a bit of passion, sex and provocativeness in this number.

The most thrilling piece for the night was, Goodnight my Love, which spoke to the hurt that individuals suffer after losing a loved one.

"You will be whole again, but you will never be the same nor do you want to be the same," were the words echoed throughout this piece, as female lead Sodanne Browne evoked raw, passionate emotion, at the loss of her love, male lead Merrick Marshall, who lay next to her.

The emotion was palpable as it emanated from the stage and extended into every corner of the venue. Browne was clinical in her execution of each step, stretch and emotion shown. The use of her body to explore space and levels, complemented by the light changes (dark versus light), held the probing eyes glued to the stage.

The soundtrack then transitioned into Say Something by Pentatonix, which evoked the hunger and lust between two love interests.

The night's event was a fantastic showcase of Jamaica's continued efforts in the creative arts. BEAM also hosts a Christmas concert for charities of varying kinds, which will be held later this year, and has a junior department that trains children from age three upwards.