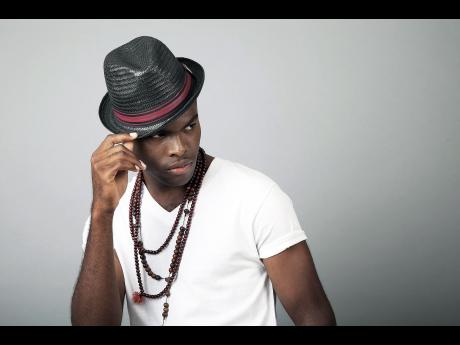 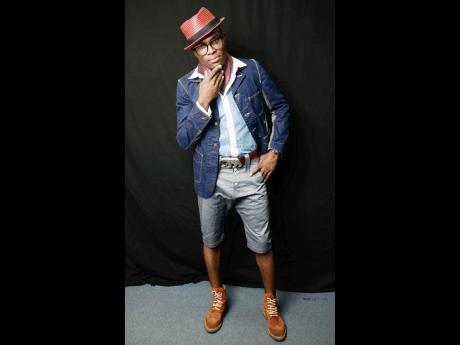 Unlike Tifa and her sunglasses line, Jesse Royal's Rockers NYC collaboration or Buju Banton's upcoming clothing line, OMI is continuing with his slow and steady approach to entertain-ment and lifestyle industry ventures.

"I wouldn't just launch because others are doing it. If you have built your portfolio and established yourself as a brand, then, and only then, should you be picking up affiliations or endorsements. That will make you have more to offer. The reason behind a public figure with a brand is to enhance the sale of the brand they're trying to promote, to get the human mind to gravitate towards it," OMI said.

With certified gold album, Me 4 U, and multi-platinum-selling single, Cheerleader, it's unimaginable that the Clarendon-born singer would appear unrecognisable to anyone. Many fans were introduced to OMI through voice alone, with the music video for the sensational hit song coming years after the track had been making the rounds on local radio. After his single's explosive success and his image became recognisable, the artiste presented to the public a portrait of sharp, casual sartorial expression.

Recording artistes often pursue ventures outside of music to enhance their image, taking advantage of their notoriety by capitalising on apparel branding and design. During his climb, OMI's style had grown distinct with the perpetual inclusion of hats and sunglasses. OMI believes that the nature of his occupation makes it easy to transition into fashion and design, but the artiste is not quite ready for that leap.

OMI tells The Gleaner, that, like Clark Kent, he relies on glasses as an identifier.

"It's like a superhero situation. When I don't have them on, people take a while to recognise me. I used to laugh at Clark Kent and say he's so stupid using glasses hide his identity, but it's the same effect. But I am no Superman, I'm afraid of heights," the singer joked.

OMI's slow and steady climb to international success was carefully crafted with great attention to detail, and it's with this attitude that he curates his personal style.

"I do have a stylist, but I have a fairly good fashion sense. I would never go shopping off a mannequin. I like very unusual pieces. I would see a mannequin and only take a necktie, or handkerchief from it. I have an eye for detail. I know what works and what doesn't," he told The Gleaner.

Even with the services of a stylist, OMI remains very instrumental in deciding his final looks, a practice he advises other popular personalities to employ.

"We have to be working in unison in terms of ideas. The stylist has to know you - what you're going to be comfortable in. The person has to feel comfortable because discomfort reflects on you, especially when making public appearances. Even if you going outside of the comfort zone, know your limits, and you can develop with your stylist over a period of time," he says.

Though not ready to venture there himself, he agrees that the move from music into fashion and design is a natural one.

"They go hand in hand. It's a passion being an artiste, not just recording. I draw, I paint, I design. It would be an organic segway. I love fashion, but it's all about timing and the label by extension."

OMI relayed confidence in his management team to come up with the right contract, when the time comes. If OMI did make the move, "more likely, timepieces, watches, kits, footwear, or something like that", he said.

In the meantime, OMI told The Gleaner that he was recently in London laying down tracks for his second album.

"We're heading for triple platinum with the second one. We're putting a lot of work into it," he affirmed.