Clergy and others show off musical talent in charity concert 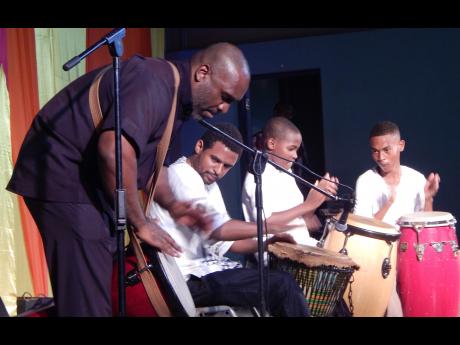 Michael Reckord
Drummers of the Keys and Drums group in action. 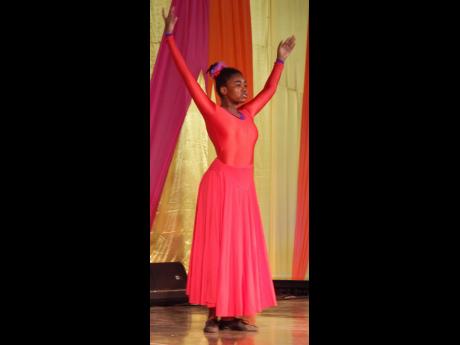 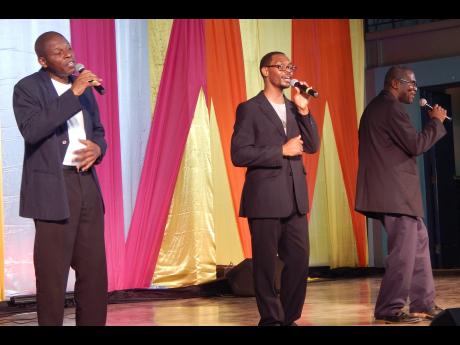 Michael Reckord
The Three Tenors were a hit. 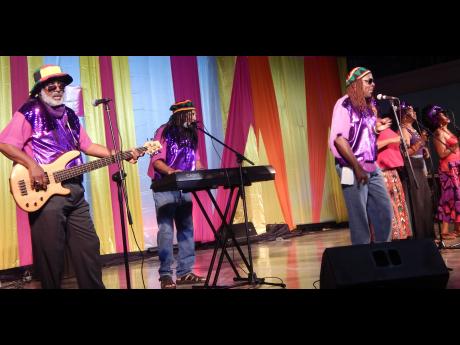 Michael Reckord
The Purple Vibrations, a lip synching ensemble, was the final act. 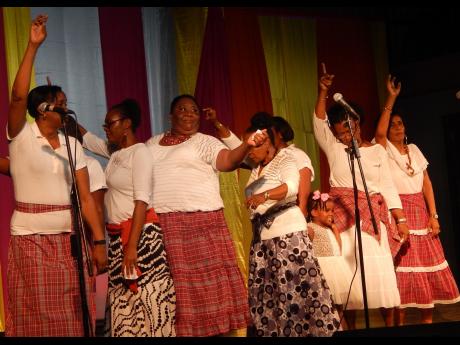 Michael Reckord
The Bouncing Belles enjoying themselves while pleasing the audience 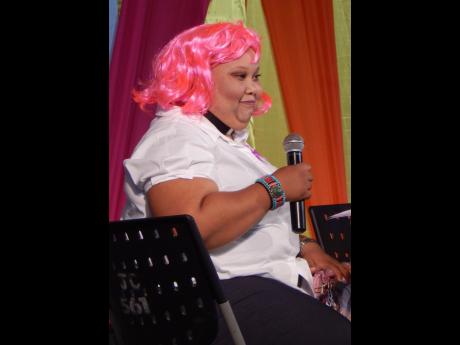 Michael Reckord
Rev. Gladys Pickle (played by Andrea Taylor) was a disruptive influence in the skit 'What a Pickle.' 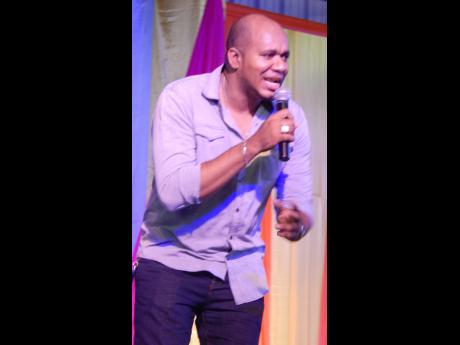 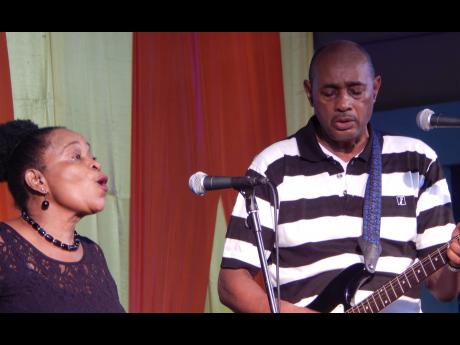 The merriment displayed by clergy, church workers, families and friends performing in Sunday's concert at Jamaica College, belied the gravity of its cause. Proceeds are for the rebuilding of the Clifton Boys' Home, which was completely destroyed by fire in mid-January.

The residents, 28 boys and young men ranging in age from six to 18 years, who are either orphans or have no family to care for them, are currently being housed at a nearby facility. All are attending primary or high school.

Sunday's concert was the third in the annual series, one that's clearly becoming more popular with each succeeding show. This year's concert was in the largest venue to date, the super-size Karl Hendrickson Auditorium; yet it attracted almost a full house of adults and children. No doubt, that is a sign there is a hunger for the family-friendly shows.

Many in the audience came from the country, from as far as Westmoreland, one reason for the unusually early start, 4 p.m. Patrons had to get back home. One patron was heard exclaiming as much, as the concert was winding down to its 7:30 p.m., close.

The concert, which was under the patronage of the Rt. Rev. Dr. Howard Gregory, Bishop of Jamaica and the Cayman Islands, and Mrs Gregory, began with a prayer and welcome by the bishop. He handed over the proceedings to two very capable MCs, Rev. Canon Calvin McIntyre and Rev. Canon Hartley Perrin, who shepherded in each act with a snippet of biographical information and, more often than not, several jokes.

They were as entertaining as the singers, dancers and musicians they introduced, and may well have had a more difficult task, since emcees don't get to rehearse as much as performers. Part one of the concert comprised nine items, while part two comprised eight and, happily, both segments had a variety of pieces.

The opening number featured a male and female ensemble singing and dancing to traditional tunes with original words. One song was titled, If Yuh Think Church Work is Easy.

Two solo presentations followed, one a song, I'll Walk With God, by Rev Douglas Barnes, a fine singer, and the other a dub poem, A Jus Tru De Collar, and a set of jokes by Rev Dwane Blackwood. The poem, which sounded autobiographical, related the problems that befall a man wearing a cleric's white collar.

After Rev Canon Collin Reid, on guitar, and his wife, Carol, sang Nobody Knows the Trouble I've Seen and Steal Away, a mixed ensemble - rather like the opening group - came on to sing and dance to traditional tunes with original words.

The next group, The Three Tenors, got enthusiastic applause and cheers with the well-delivered songs Wind Beneath My Wings and You Raise Me Up. A graceful dance by Gabryelle Smalling followed.

Some lively instrumental music by a band led by keyboardist Rev Leslie Mowatt was the penultimate item in part one. The final was a rather dragged-out skit of a church committee being discombobulated by the drastic changes proposed for the church by a newcomer, Rev Gladys Pickle (played by Andrea Taylor).

A male trio, Bruk Out, one of the liveliest acts of the evening, had many in the audience dancing and singing along to 'Real, Real, Real' and 'Press Along Saints', among other choruses. They were followed, rather anticlimactically, by the final set, performed by a lip-syncing "band" called Purple Vibrations.