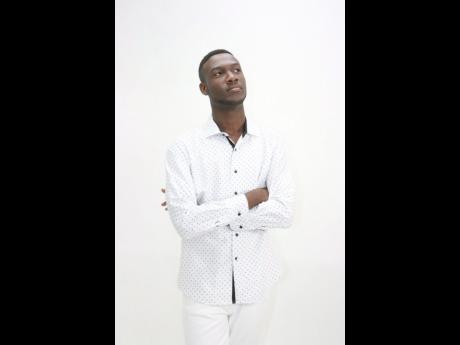 Eighteen-year-old Ardenne high student Evad Campbell has been accepted to the prestigious Berklee College of Music.

The aspiring musician was accepted as a candidate for the Boston campus' bachelor of music degree starting this September.

In an interview with The Gleaner, Campbell said he was overwhelmed when he got the good news, pointing out that it was always a dream of his to study at the institution.

"When I got the acceptance letter, I really can't tell you how I was feeling, because I really can't express how grateful and how mind-blowing it was to know that I was accepted into the top college in the world for contemporary music," he said. "It was just unbelievable and I'm very grateful. I'm excited and humbled at the same time. One of the first things I did when I got that letter was to hug my mom, because she has been there for me in all things and she has believed in me."

His dream of attending the prestigious music school may have become reality, but having been accepted, Campbell now has a mountain of fees to pay before he starts school in September.

"When I was researching about Berklee, the first thing I looked at was not the fees. The first thing I looked at was what Berklee had to offer and why I'd want to go there. Then when I saw the fees, of course I was like, 'wow, how am I going to afford this?'," he said. "But, you know, I got advice from a lot of persons saying, 'if this is what you want to do, then there will be ways to cover the costs? I'll just have to believe that things will work out for the best for me."

With that said, Campbell will be hosting a benefit concert to help offset the cost of his tuition, which is approximately US$63,000 or just over J$8 million.

The concert, dubbed Evad and Friends in Concert, is set to take place tonight at Olson Hall, Ardenne High School. The show will be an evening of musical excellence as the Bethel Steel Orchestra, the R-D drummers, as well as the Ardenne High School Choir are expected to turn in performances. There will also be performances from special musical guests as Campbell's friends seek to help cover the cost of his tuition.