Chronology debuts at number one 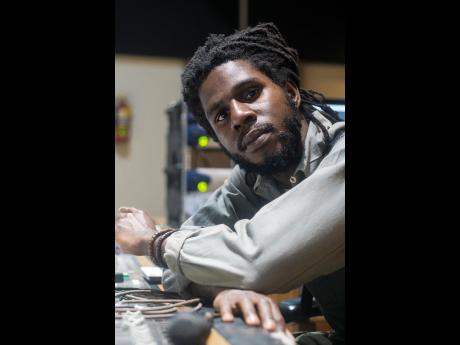 As expected, after topping the iTunes Reggae Albums Chart last week, Chronixx's Chronology album has now entered the Billboard reggae albums listing at the peak position for the ranking up to July 29, 2017. This puts last week's top ranked Know No Better EP (Major Lazer) down to the second spot, with this week's number three set, Falling Into Place (Rebelution), slipping a place from last week.

There are three EPs in the top five. Moment (The Expendables) is fourth, moving up five places from last week's ninth to be the week's greatest gainer. Closing out the top five is the EP Get Up! by Jefferson.

Stephen Marley (Revelation Pt II: The Fruit of Life), re-entering the chart at number six, and Ziggy Marley's self-titled set at number nine, are both edging up to a year on the listing at 49 and 50 weeks, respectively. Making their longevity more striking.is the albums by Jamaicans which have had very limited chart time, among the more recent examples being Cham's Lawless and Twin of Twins' Stir it Up, Volume 11 Family, which so far have both had one-week flirtations with the chart.

The number 11 album, Life of a Ghetto Youth (Various Artistes), has tracks by Sizzla (No War and Spread Jah Love), and Pressure (Cherish Jah Love), with Marlon Asher credited on most of the songs.

After Rebelution's Live at Red Rocks, at number 12, Morgan Heritage's Avrakedabra is at 13, J Boog's Wash House Ting is 14th, and closing off the listing is A Dollar Short & A Minute Late (Landon McNamara).