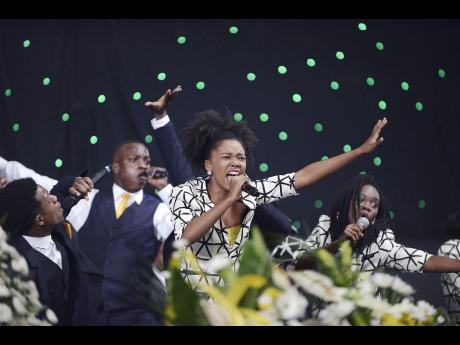 The Ashe Performing Arts Company is putting the final touches on its summer production, Rumpelstiltskin: The Musical.

The remake of the popular fairy tale will be brought to life by the children of the ASHE summer school programme and will see the creative directors putting a Jamaican spin on the classic storyline to make it more relatable to the local audience.

"It is a retelling of sorts with a hint of our Jamaicanness," said Desmond Dennis, the show's director. "It won't be fully Jamaicanised, but there will be elements of our Jamaican culture in it. It won't be your typical Rumpelstiltskin, as you will have characters from all the Grimm tales in it, as well as the Puss in Boots and the evil witch, who features in most of the fairy tales. It will be an exciting show for the entire family."

Having revealed that a slew of popular fairy-tale characters will be infused in the remake of Rumpelstiltskin, Dennis said the audience should expect the show to be magical.

"Guests are going to have such a good time because they will be able to relate to what's happening onstage. Some of the times our characters speak English and at other times they speak Patois. Either way, it's going to be magical. How could it not be when we are retelling a fairy tale with characters from other popular fairy tales," he expressed. "We are going to incorporate a lot of magic. Although we will be in an outdoor space (at the Vibes Theatre) we are trying our best to bring across that magical feeling to our guests."

Tickets for the show are available for sale at the Vibes Theatre on Cargill Avenue and will cost $1,000. There is a discount rate for groups of 10 or more - those tickets cost $800. The show will run from July 27-29, starting at 7 p.m. nightly.

There will be 25 children from ages 3-15 years who will be part of the show, with two guest performers from the ASHE group.

All the children are participants in the ASHE summer school programme which began on July 3.

"I'm encouraging persons to come out and support this production," said Dennis. "These children really put a lot into the show. They are super-talented and super bright and you will not be disappointed by what -ou see on that stage," he said.