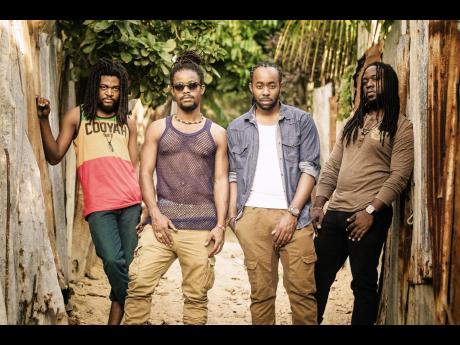 Reggae band EarthKry has released its debut album, Survival, and is currently on a summer tour in the US, in support of the album.

According to the band, the album is a collectors' item for fans who pay attention to social issues.

"We chose the title Survival, because all the songs were written by experiences, these are our daily stories. Our (stories) meaning mankind, it's that human thread worldwide that gives us endurance to make it through financial hardships, personal struggles, health issues, war crisis, abuse ... we all survive. From Syria to Chicago, Ukraine to Jamaica, we endure, we survive. We documented our stories while delivering messages of survival through music," read a release from the band.

The band has already performed in Massachusetts and Chicago in support of the album, and is now looking to grace different venues in Cincinnati, Ohio, and New York City.

"Those two first shows were filled with nuff love. Big respect to the people for great shows. When music hits, ain't no pain. Thank you to everyone who is supporting us. We truly believe that music has the power to heal and unite, and with every show, we are more convinced than ever. EarthKry was born with a mission to voice the grievances of the downtrodden through the vibrations of their music," said EarthKry member, Phillip Mcfarlane.

The band is also booked for events in North Carolina and Virginia Beach, before heading off to Europe for the Reggae Jam (Germany) and Reggae Geel (Belgium) festivals.

According to publicist Malaika, "The album itself is a fine blend of real, authentic roots rock reggae from start to finish. As the saying goes, it's all killers and no fillers, and it shows a high level of maturity in terms of production and lyrical content. Live instrumentation is in abundance and is a real throwback to the times with bands like The Wailers."

The band was started at the Edna Manley College for the Visual and Performing Arts, in Kingston, and is comprised of keyboard player Phillip Mcfarlane, drummer Kieron Cunningham, bass guitarist Kamardo Blake and vocalist/guitarist Aldayne Haughton.