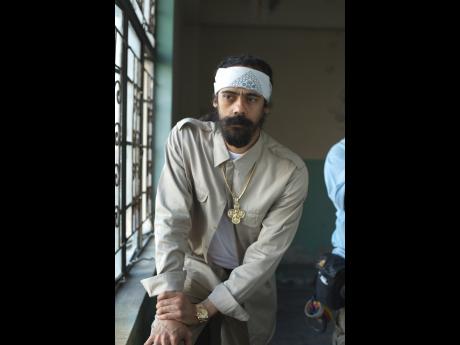 Twelve years since the release of the Grammy Award-winning Welcome to Jamrock, Damian 'Jr Gong' Marley, released his fourth album, Stony Hill, on his birthday, July 21. The promotional path of this album release was accompanied by the news of the artiste's foray into the medicinal marijuana business. "Of course, it goes without saying that we inna Jamaica, myself and many others, we smoke herb over the years, and we say herb is the healing of the nation. But we kinda use it for more like spiritual sacrament and recreational use."

With the titles, president and CEO of Stony Hill Corporation, Jr Gong helms a start-up company which plans to set up a global medical cannabis platform through investments in medical marijuana.

"My brand when it comes on to the marijuana business, is called Stony Hill, and it kinda coincide with the album, and they cross-promote each other," Jr Gong told The Gleaner.

"What's happening now, because it's become legal in other places, there's a lot of research which is kinda starting to now prove the medical benefits of marijuana," he added.

Social media promotion for the reggae star's latest single, Medication, involves success testimonials from a variety of chronically ill patients who have been helped by marijuana.

"These testimonials are talking about, which is very important to me, the medical benefit of marijuana. Featured on that recently released single is older brother Stephen Marley, who sings, 'Your leaves of green, your purples and blues, has cured little kids, and old women too, and I say to myself, what a wonderful herb.'

"Everybody know seh it good for glaucoma, help cure cancer and them kind of things. But there're various other life-threatening ailments that this plant is proving itself to be beneficial to getting over those things. That is something that we want to highlight. And it's not just the usual suspects.

"We ah talk 'bout epilepsy - young children who have seizures and tek sick regular. The methods of how the medicine is administered, it doesn't always necessarily make yuh feel high. You're using the same elements of marijuana, but not the same way that we're used to it," Jr Gong said. "It doesn't come with the same side effects as normal pharmaceutical drugs come with. There's really no downside to it. Jamaica always embrace marijuana, whether it's on the front page, legally or not - but it's big in our culture.

"In California, what we're doing is actually growing herb and producing oil that you use in vape pens. Where the Medication video was filmed is actually the same facility where we're growing the herb now," he told The Gleaner.

In October 2016, it was announced that Jr Gong partnered with Ocean Grown Extracts for the acquisition of a former prison, which was converted into a cannabis grow space, to cultivate medical marijuana for state dispensaries.

"We're actually starting to grow some herb now, where you can actually buy the flower, like the plant itself. We involved, you know? Which is right. It's great now to see that we were right all along. The herb is the healing of the nation."