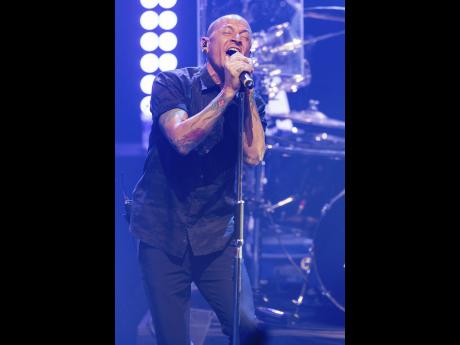 Sir Elton John has lamented the "destructive" nature of artistes following the death of Chester Bennington and Chris Cornell.

The Linkin Park frontman was 41 when he committed suicide on July 20, just two months after the Soundgarden singer hanged himself, and the British music legend has paid an emotional tribute to the stars.

He told the Sunday People: "It has been a sad few weeks. We lost Chris [Cornell] and then we lost Chester. They were two lovely guys.

"You know artistes are prone to being a little destructive, whether you are an actor or singer or visual artist.

"Sometimes, as Jim Carrey said when Philip Seymour Hoffman committed suicide, 'the noise just gets too much'.

"It is so awful for someone to be so depressed that they commit suicide, especially when they have families. I just wanted to pay tribute to them, as there, by the grace of God, go all of us.

"Just remember them fondly and the music they left. It is totally different music to the one I create, but still wonderful music that has entertained millions, including me."

Linkin Park's Dave Phoenix recently took to Twitter and thanked fans for their kindness following the death of his "loyal friend".

The group's bassist wrote: "It goes without saying, this last week has been extremely difficult. The outpouring of love and kindness I've received from friends and fans from all over the world has been incredible. I wish I could personally thank every one of you for your love and support.

"A huge part of Chester's legacy will be the memories we hold of him in our hearts. He was an enthusiastic, playful father. An honest and passionate musician, and a loyal friend. I've been touched to see memorials that have been held worldwide."