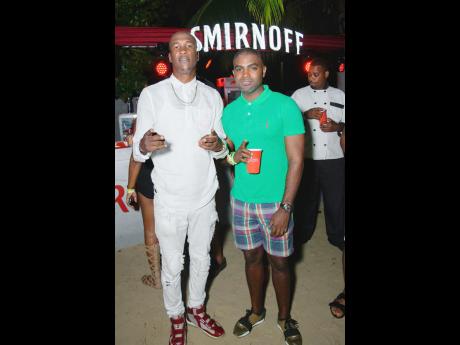 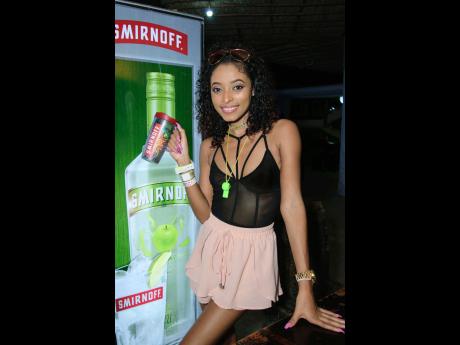 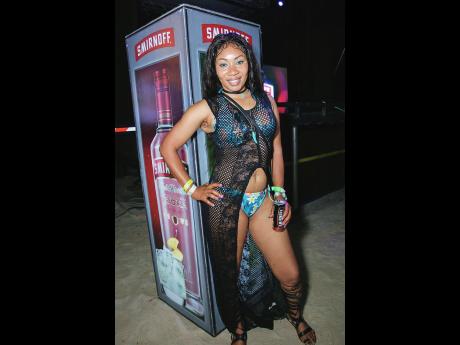 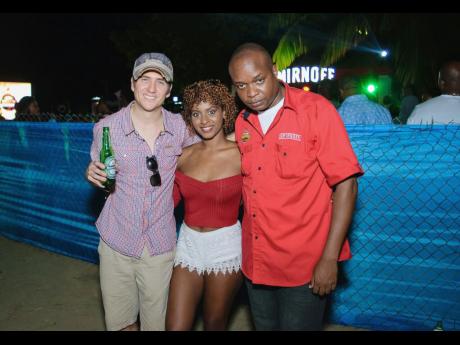 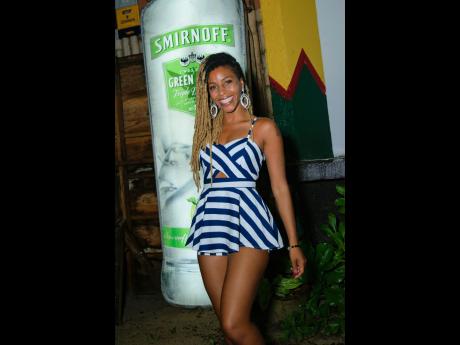 Contributed
Nikki Z was all smiles after hosting Soca Rave 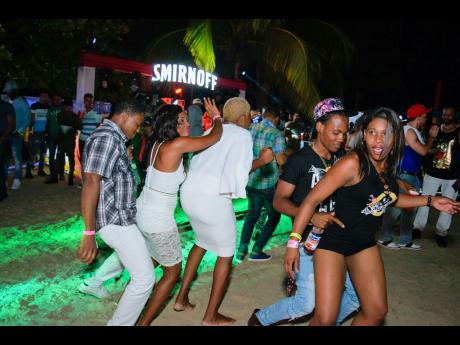 Contributed
These patrons were certainly enjoying themselves at Arctic held at Chances beach, Negril.
1
2
3
4
5
6

Everyone came packed and prepared to have a grand time with their crew in Negril over the weekend and that included Smirnoff Tropical Village.

With a total of eight events, patrons could at all times have an event to attend whether day or night. Patrons attending Village Glow were in for a treat from the great line up of DJs scheduled to play.

Soca Rave was the place to be on Saturday as musical geniuses Dj Nicco and DJ Rio held down the turntables, playing soca music to the satisfaction of patrons.

DJ Nicco definitely held his own and showed off his mixing skills, complemented with his theatrical personality, and delivered a very entertaining set. This helped pave the way for Artic, which followed right after at Chances beach.

Many patrons came out dressed in their fashionable wear, ready to have a great time, and that they did. With all the excitement buzzing in the air, the show really did deliver as promised. DJs like Cyclone kept the momentum going as they blasted hit after hit, entertaining and engaging patrons with a well delivered set.

Smirnoff could be seen all over the venue as lit signs helped add to the decor and ambiance. Guarana was the chaser of choice with the Smirnoff Apple vodka, as many persons shared their like for the mix.

Laden closed the show which ended on a high, as he belted out all his hits and surprised patrons with a few new singles.

DJ Nicco also gave a surprise set at the closing, which had patrons asking for more.

"We are seeing more and more patrons coming out to each of the events ... we are very happy with the support from our patrons," said Claude McIntosh, director, Tropical Village Entertainment.