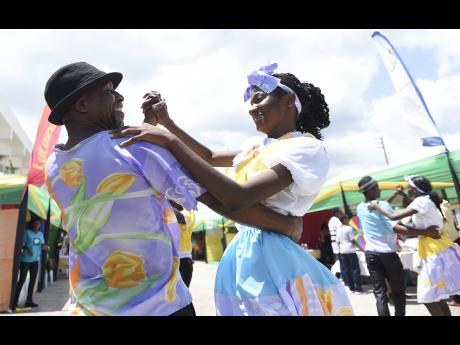 Gladstone Taylor
Members of the Manchioneal Culture Group entertain the public during Saturday's opening of the Independence Village at the National Arena in Kingston.

The Denbigh Agricultural Show 2017 starts on Saturday, August 5, at the Denbigh Showground in May Pen starting at Admission: adults $1,000, children $400.

Denbigh Gospel Extravaganza will be taking place on Sunday, August 6, starting at 6 p.m. at the Denbigh Agricultural Showground. The event is produced by pioneers of Christian entertainment, Glory Music led by Tommy Cowan.