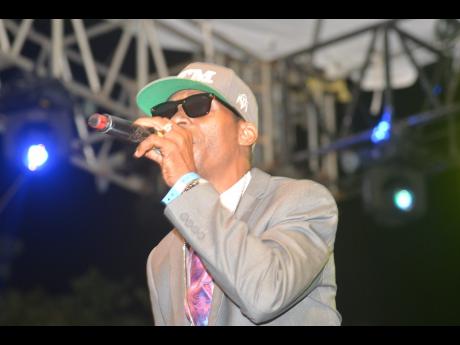 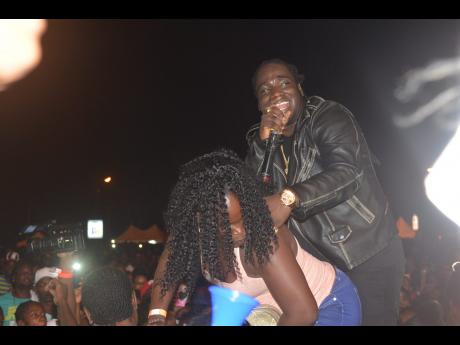 I-Octane attracts the attention of a fan during Jerk Fest. 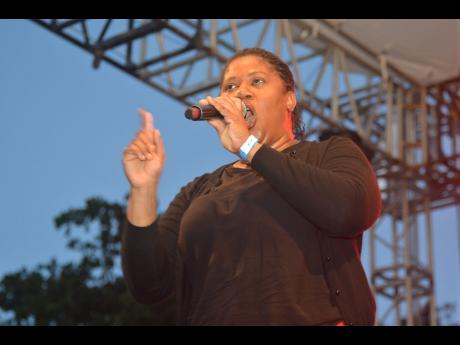 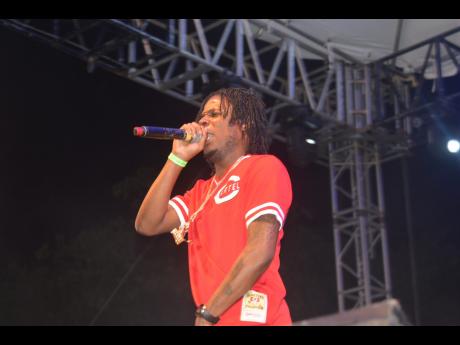 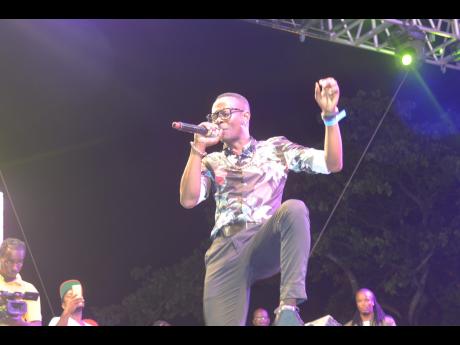 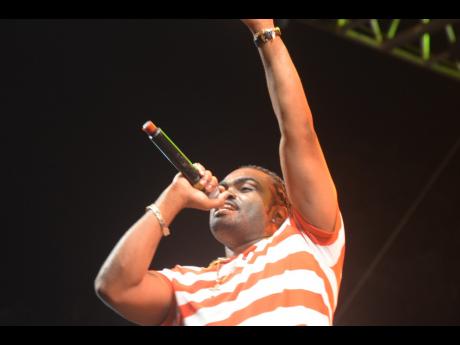 Sanchez once again demonstrated that he is one of the best voices in Jamaica's music, doing justice to his amazing catalogue at Tuesday's staging of Jerk Fest 2017 at the Catherine Hall Entertainment Centre, in Montego Bay.

However, it was when he paid lyrical respect to some of reggae's departed greats that he was at his commanding best. He unleashed impressive covers of Dennis Brown's Love and Hate, Gregory Isaacs' Night Nurse and Number One, Delroy Wilson's Picture on the Wall, and Frankie Paul's, Kushupeng.

In addition to Sanchez, acts like I-Octane, Tanto Blacks, Style X and Ricky Teetz and gospel sensation Marsha Daniels gave patrons much more than they bargained for.

I -Octane, who was not on the line-up for the recent staging of Reggae Sumfest, described the Jerk Fest as "fi mi Sumfest". After a few songs, he declared that "me no feel like work on the stage tonight ... me a go inna de crowd," and he did just that.

Here are some pictorial highlights.