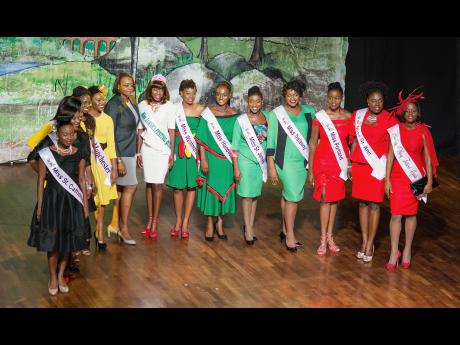 File
Finalists in the 2017 Festival Queen Competition at the launch of the Jamaica 55 celebrations at the Courtleigh Auditorium on Wednesday night. Here they are accompanied by Juliet Holness (sixth from left), wife of the prime minister, and last year's winner, Kyesha Randall (seventh from left). 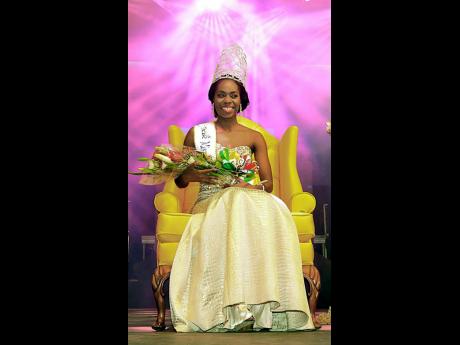 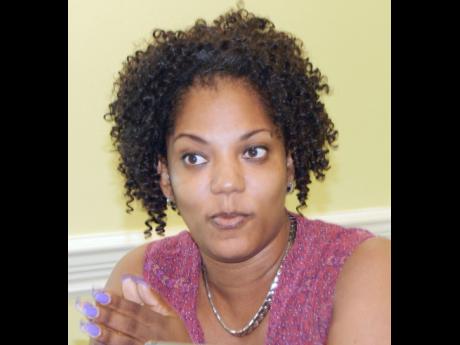 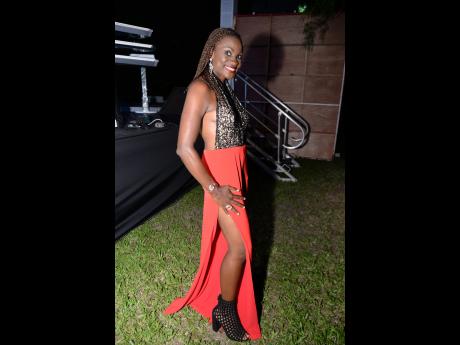 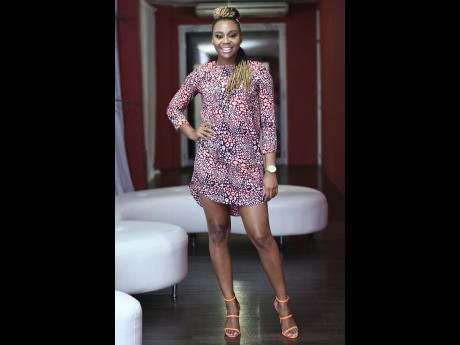 Since then, the competition has become known for producing intelligent, culturally aware young women, whose main focus is nation building.

The competition is one of the highlights of the Emancipation and Independence celebrations and is usually one of the events that encourages civic pride, as Jamaicans rally their support behind their favourite contestants. However, in recent times, some Jamaicans have expressed that the momentum surrounding the annual competition has decreased significantly and the winners are no longer memorable.

Kyesha Randall, 2016 Festival Queen winner, told The Gleaner that the latter could be as a result of the emergence of new media. She says that in this day and age, if any competition is to remain relevant, it has to learn to incorporate social media.

"I think it's still relevant. The mandate on which the competition is built and what it stands for will make it an important competition for some time," she said. "It's a great competition that fosters holistic development for women. However, with the emergence of new media, I'm not sure if the Jamaica Cultural Development Commission (JCDC) or the competition has found its way into that sphere just yet, and I think that's where they are lacking."

Responding to suggestions that the queens over, the years, have not been able to make a lasting impression on the Jamaican audience, Randall explained that winners have a hard time keeping

themselves in the spotlight, because aspects of the culture have become seasonal in Jamaica.

"People only talk about culture and remember certain competitions and people when it's that season. We're not expecting people to walk around on a daily basis chanting 'Nanny' and 'Paul Bogle', but a lot of people who born and grow in Jamaica don't know about the Jamaican culture," she said, explaining that because of the lack of knowledge, it is becoming increasingly difficult for the average Jamaican to appreciate the country's rich cultural heritage.

"I remember as a child, I had to participate in certain cultural activities at least once per month. Now, children only learn about the heroes and other aspects of culture as a project and then forget about it after that. If we are going to get persons excited about Festival Queens who represent culture, then we have to get people excited about culture."

Also sharing her thoughts on the competition, former FestivalQueen Krystal Tomlinson said the JCDC should be applauded for continuing the competition over the years.

"I think the competition is a beautiful way for young women who are passionate about serving their country, to match that with talent, intellect and beauty," she said.

"It is the only competition of its kind that allows a young woman to not be concerned about the complexion of her skin or the texture of her hair, but what she carries to the table as a Jamaican woman, and I am impressed that it has been sustained over the years."