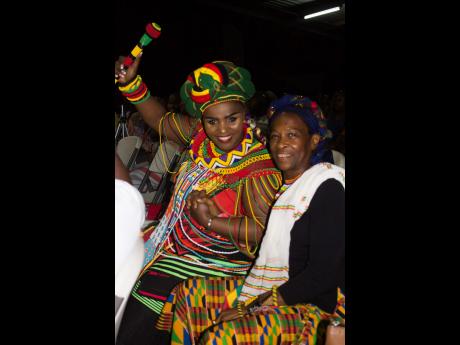 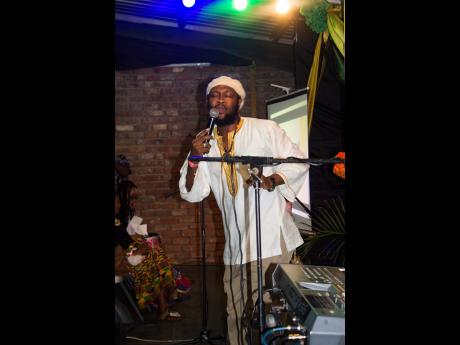 Stephanie Lyew
Singer/songwriter of Real Revolutionary, Asante Amen get lost in emotion, during his performance at the seventh annual Jamaica Poetry Festival. 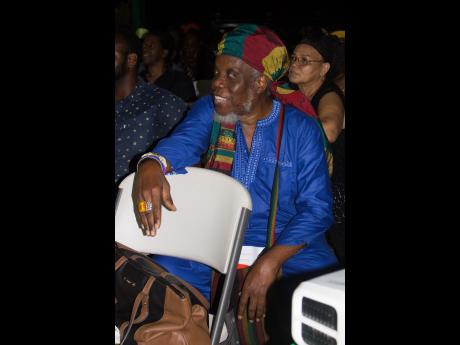 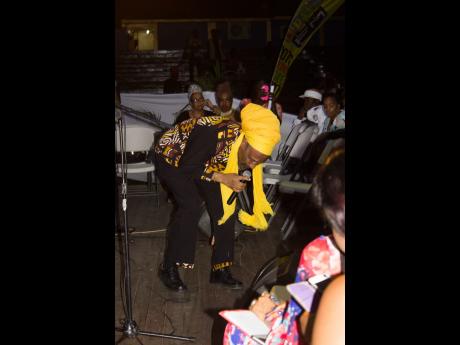 The recent staging of the seventh annual Jamaica Poetry Festival 'The Poetree Feast' featured some of the most influential speakers in the creative writing industry in Jamaica as well as guests from the US, and Africa.

Irie FM's, Andrea Williams-Green, more popularly known as Ka'Bu Ma'at Kheru, was the MC for the night; engaging the audience in revolutionary discussions while managing the general flow of positive energy. There were also live and intermittent broadcasts during the programme's activities for the night.

During intermission, patrons were invited to view as well as purchase natural products (made in Jamaica) as well as books written and published by some of Jamaica's great literary personalities including recipient of the Jamaica Poetry Festival's Lifetime Achievement Award, Professor Mervyn Morris.

Although the awardee was absent from the actual ceremony, he was honoured for his creative works and contribution to the literary society. His colleague, Dr Clinton Hutton, accepted the award in his honour, following a few words of gratitude and encouragement to the audience.

The performances were well-received adding to the fact that each provided a different view on Jamaica and the relationship with the world. The diverse lyrics of the artists were half poetry and half history with a few emotional monologues in between.

The musical pieces, Roots & Kulcha, and Real Revolutionary, written and performed by Asante Amen, as well as 'Patwah Talking' by Afari, appealed to the patrons who all joined in repeating lyrics alongside the literary artists. While Mbangeni's words fused with her vibrant spirit and dress added to the colourful vibe inside the Louise Bennett Garden Theatre.