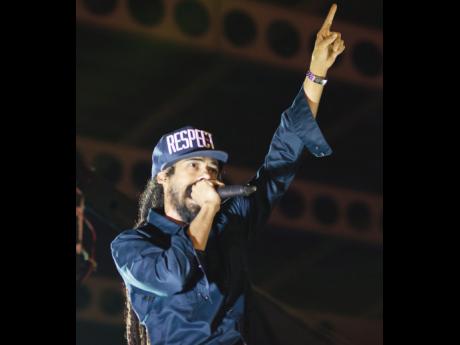 Since the July 21 release of his fourth solo studio album Stony Hill, Damian 'Junior Gong' Marley, admits that his focus is less on album sales and more on sharing his music with fans through live performances and digital streams.

Weighing in on the issue, Marley conveys his perspective.

"I feel it (digital music streams) is the way of the future, whether we like it or not. So the best thing to do is to be aware of that and to align yourself with that kind of meditation because the world does go on."

"When I started doing music way back, it was all about the physical copies, which is something I really loved because me like have the booklet to read the lyrics and the credits. But there is a next generation growing up now that never experienced that. It's all about looking at your phone and experiencing music through your devices. That's the reality of the world. Streaming is the new frontier, and more and more the numbers are showing that. Physical sales are going down. People aren't even paying to download music now as much as they used to. So iTunes download sales are down, but their streaming numbers are up. So you either accept that or you don't; but if you don't accept it, you go lose," shared a candid Marley.